1970s
There were only two chapels on the north side of the stupa square. One contained only the feet of a colossal seated figure. The other, however, contained the remains a reclining figure of Buddha entering Nirvana. It is one of the singular sculptures found in Afghanistan. Originally over 15 meters long, the Buddha lies on a couch with his head resting on his right hand set against two pillows. It dates from the last phase of Tepe Sardar's existence, in the early 8th century.
Photo: Maurizio Taddei 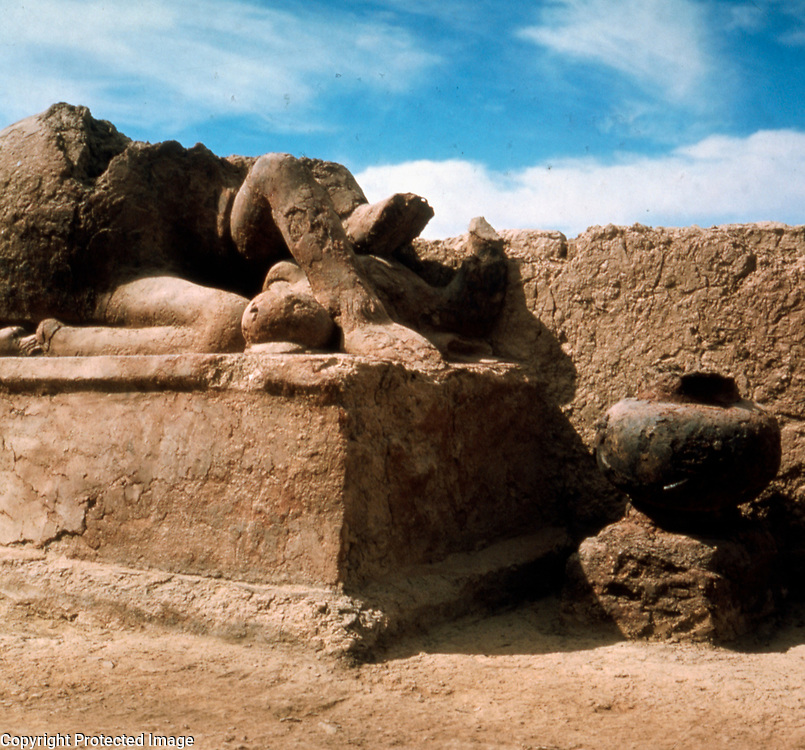