Detail of Gate from Left Side of the Interior. Gur-Emir. Samarkand

1905
The majestic Gur-Emir ("tomb of the ruler" in Persian) suffered major damage over the centuries. Known primarily as the burial place of Timur (Tamerlane), Gur-Emir was begun by Timur in 1403 to commemorate the death at the age of 27 of his beloved grandson, Muhammed Sultan. With Timur’s own burial there in 1405, Gur-Emir became in effect the mausoleum of the Timurids. Gur-Emir included the main domed structure, as well as a madrasah, khanaka, four minarets, and a large entrance structure to the courtyard. This detail of the interior facade of the entrance gate shows traces of polychrome ceramic decoration in floral and star patterns. The image is by Russian photographer Sergei Mikhailovich Prokudin-Gorskii (1863–1944), who used a special color photography process to create a visual record of the Russian Empire in the early 20th century. Some of Prokudin-Gorskii’s photographs date from about 1905, but the bulk of his work is from between 1909 and 1915, when, with the support of Tsar Nicholas II and the Ministry of Transportation, he undertook extended trips through many parts of the empire. Prokudin-Gorskii was particularly interested in the ancient city of Samarkand (present-day Uzbekistan), which he visited a number of times, including two trips in 1911. 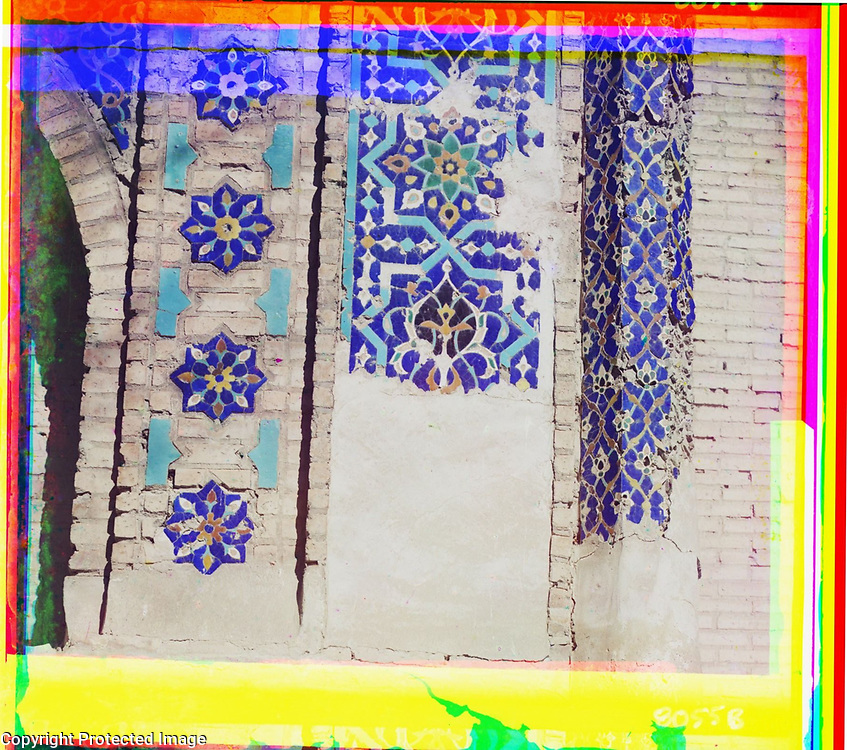