1977
Many members of Kabul's Hindu community occupied the Serai Lahori at the east end of Shor Bazaar close-by a venerated ancient Hindu temple that perhaps goes to the time of the Hindu Shahi dynasty which was well entrenched in eastern Afghanistan when he Arabs arrived in the 7th century. The Sikhs came several centuries later. Because strict purdah was not a requirement as it was in Muslim homes, large courtyards with outside access giving the impression of being outward -looking instead of inward-looking. Here the interior courtyard found in almost all Muslim homes lost its functional purpose of providing secluded spaces for women in the household. 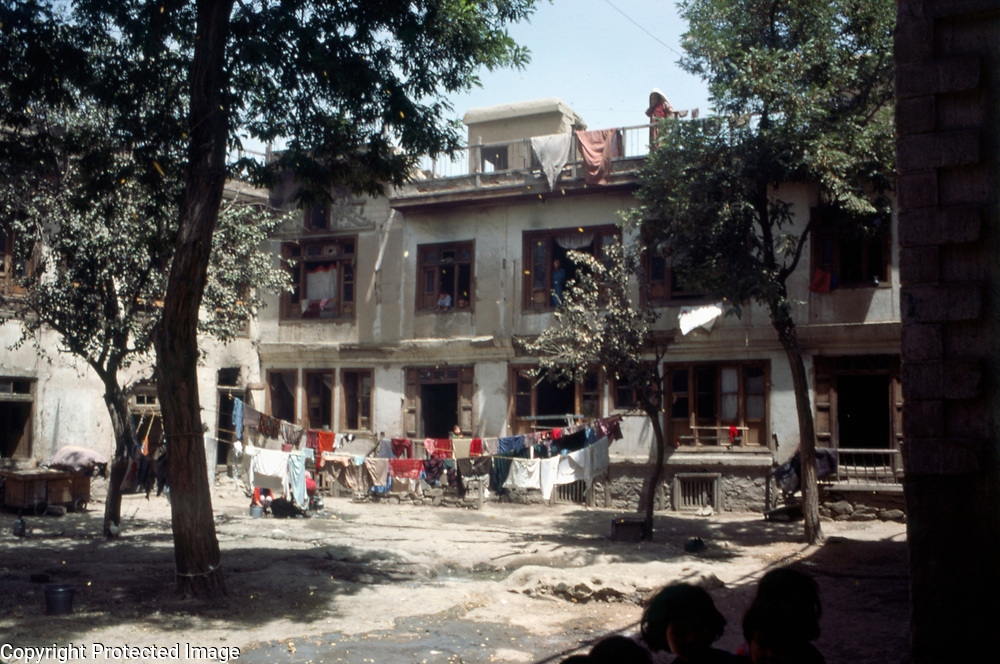