1981
A larger narrative schist bas relief from Shotorak dating from the latter part the 4th century CE, illustrates the Dipankara Jataka (h. 83 x 45 cm), a story from the life of the Past Buddha before his incarnation as the present Buddha Gautama on the left, a young Hindu ascetic throws five lotus blossoms in the path of the Past Buddha. As the blossoms formed a canopy over the Buddha's head, the young man knelt in wonder and spread his hair as a carpet under the Buddha's feet. Seeing this, the Buddha predicted the youth would become the historic Buddha Gautama. Flames issuing from his shoulders symbolize divine radiance. This was one of the first objects looted from the museum during a night in December 1922.
Photo: Louis Dupree 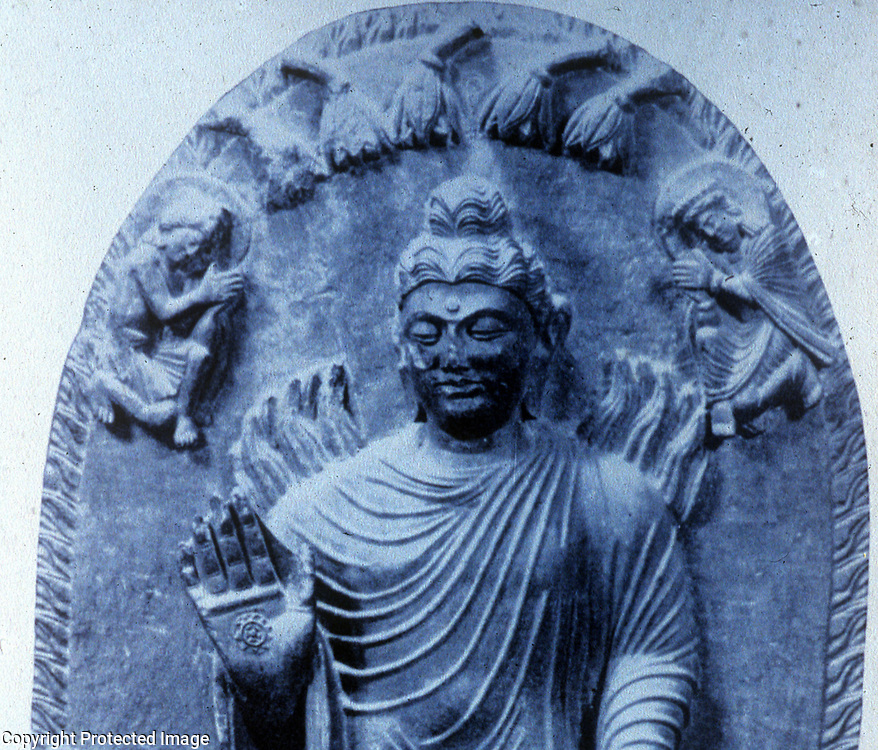