Front View of a Crumbling Mosque, with a Man Standing beside It

1905
Shown here are ruins of the mausoleum of Sultan Sandjara, built in 1140 by a renowned Seljuk leader. Situated in the center of the Sultan Kala section of the ancient city of Merv (on the Murghab River in the Mary region of present-day Turkmenistan), the mausoleum was ransacked when the Mongols destroyed Merv in 1221. The remains of Sultan Sandjara (1085?–1157) were taken to an unknown location. Thirty-eight meters in height, the mausoleum culminated in a dome (partially restored in 1911) that was originally covered in azure tiles. The dome rests on a complex arcade system of pointed arches. This photograph has exceptional historic value as a record of how this major monument of Islamic architecture, which was restored most recently in 2004, appeared more than a century ago. The image is by Russian photographer Sergei Mikhailovich Prokudin-Gorskii (1863–1944), who used a special color photography process to create a visual record of the Russian Empire in the early 20th century. Some of Prokudin-Gorskii’s photographs date from about 1905, but the bulk of his work is from between 1909 and 1915, when, with the support of Tsar Nicholas II and the Ministry of Transportation, he undertook extended trips through many different parts of the empire. Prokudin-Gorskii was particularly interested in recently acquired territories of the Russian Empire such as Turkestan in Central Asia (present-day Uzbekistan and neighboring states), which he visited on a number of occasions, including two trips in 1911. 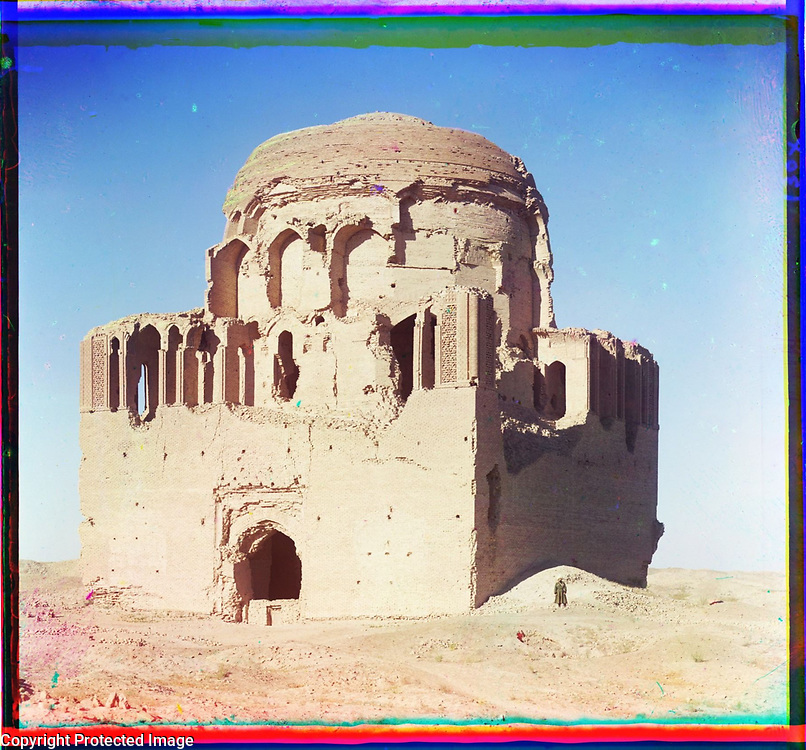