Masjid Shah-do-Shamshira (Mosque of the King with Two Swords).

1969
This mosque was commissioned by King Amanullah's mother. Built on the site of one of Kabul's most ancient mosques originally dedicated in 1544, it celebrates the legend describing the time with a sword in each hand when the Islamic armies first arrived in Kabul in the 7th century. A zealous commander fought to subdue a prominent Hindu temple on the spot. The commander's shrine is located across the street in the same compound with one of Kabul's most venerated Hindu temples. Thousands of pigeons are fed daily in front of the mosque by those who worship here as well as casual passers-by. 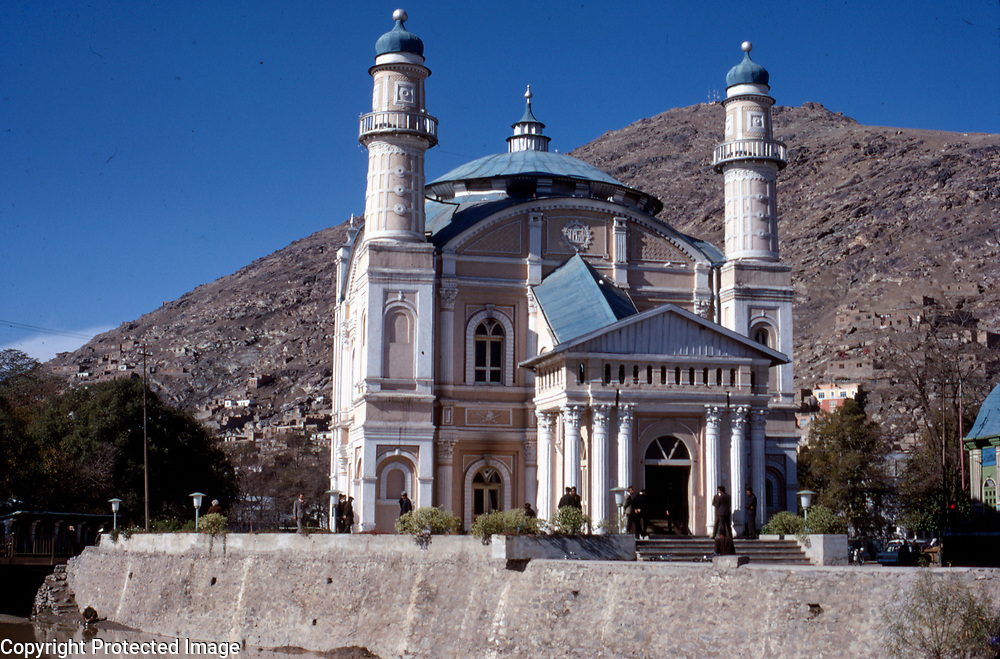