1905
This photograph depicts a family farmstead in Nadezhdinsk, a Russian settlement in present-day eastern Kazakhstan. As seen in the picture and as suggested by its name, Golodnaia (or Hungry) Steppe, this region was not particularly suitable for farming. Nonetheless, between 1906 and 1912, more than half a million Russian peasants moved to Kazakhstan, prompted by the agrarian reforms introduced by Petr Stolypin, chairman of the council of ministers of the Russian government. Stolypin’s reforms were in part aimed at creating a class of market-oriented, smallholding landowners. The image is by Russian photographer Sergei Mikhailovich Prokudin-Gorskii (1863–1944), who used a special color photography process to create a visual record of the Russian Empire in the early 20th century. Some of Prokudin-Gorskii’s photographs date from about 1905, but the bulk of his work is from between 1909 and 1915, when, with the support of Tsar Nicholas II and the Ministry of Transportation, he undertook extended trips through many different parts of the empire. Prokudin-Gorskii was interested in recently acquired territories of the Russian Empire such as Turkestan (present-day Kazakhstan, Turkmenistan, and Uzbekistan), which he visited on a number of occasions, including two trips in 1911. He documented the traditional architecture and culture of the region as well as economic development projects sponsored by the Russian authorities. 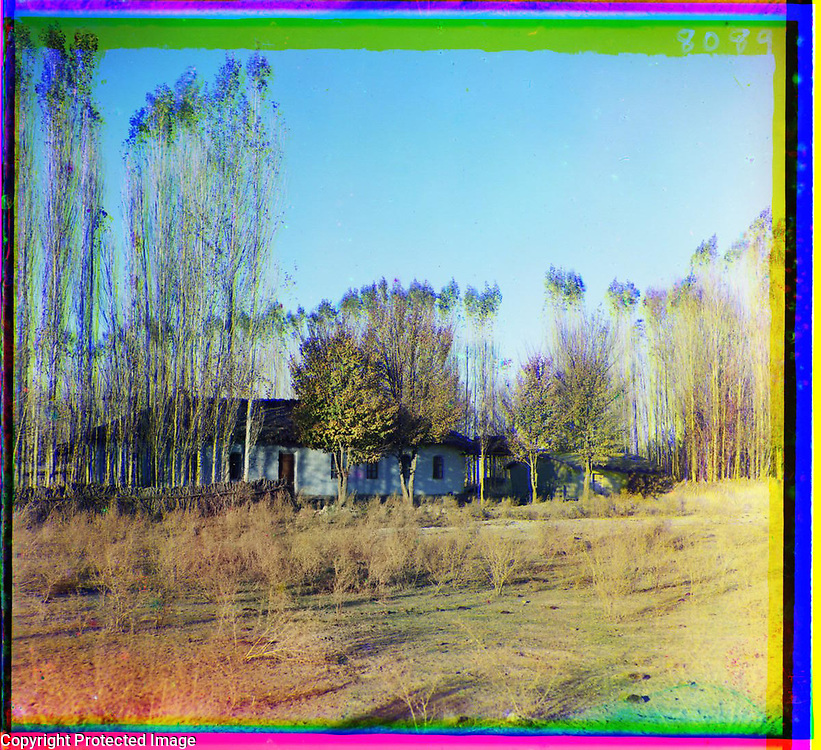