1920s
A large walled haremserai/palace also known as the Queen's Palace was built close by north-east of the pavilion. When the ladies were not in residence, foreign missions which were now becoming more frequent were accommodated here. The British Boundary Commissioner, Sir West Ridgeway, who was drawing parts of the northern boundary stayed here in 1886. On 9 November 1893 a gala reception was held in the gardens for Sir Mortimer Durand, then demarcating the controversial eastern boundary between Afghanistan and British India. During subsequent regimes it became the first German Embassy and then a school for tribal children when much damage to the interior occurred. It was restored by the Agha khan trust for culture and is a popular venue for meetings and exhibitions. From the KES Collection No. 207/2. 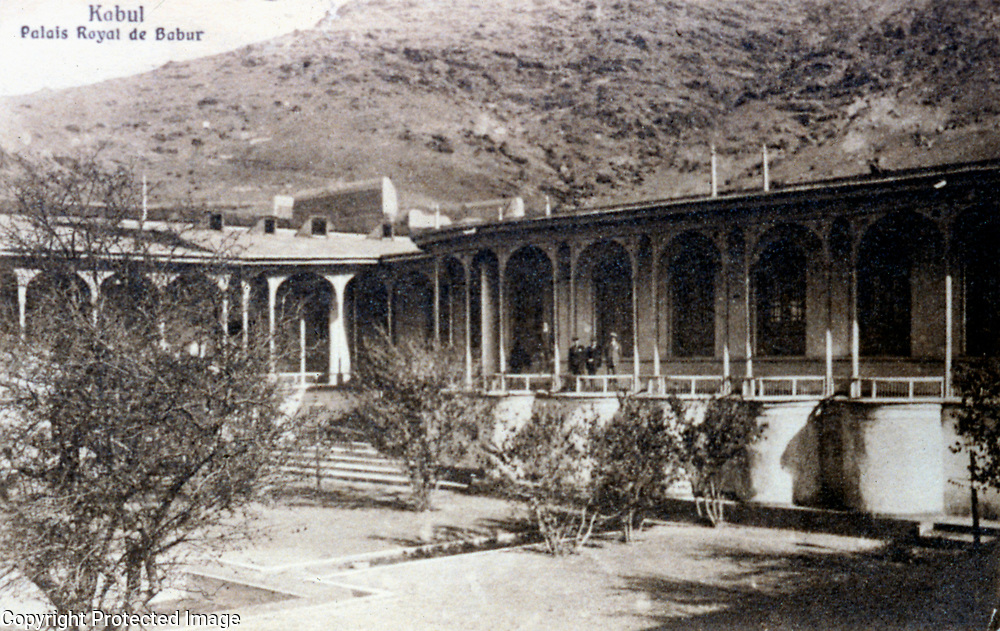