Zeravshan Valley from the East, from Chapan-Ata. Samarkand

1905
This view, taken from the summit of Chapan-Ata, shows the Zeravshan River valley near the city of Samarkand. Chapan is a local word for shepherd (ata means “father”), and the name of the hill indicates the importance of sheep-raising in this semi-arid region. The Zeravshan, once a tributary of the Amu-Darya, originates from a glacier of the same name in the Zeravshan mountain range of Tajikistan. Within Uzbekistan the river flows past the ancient cities of Samarkand and Bukhara. The valley is suitable for essential grain crops. The glass negative for this photograph has significant damage, which was partially corrected in a black-and-white print. The image is by Russian photographer Sergei Mikhailovich Prokudin-Gorskii (1863–1944), who used a special color photography process to create a visual record of the Russian Empire in the early 20th century. Some of Prokudin-Gorskii’s photographs date from about 1905, but the bulk of his work is from between 1909 and 1915, when, with the support of Tsar Nicholas II and the Ministry of Transportation, he undertook extended trips through many different parts of the empire. Prokudin-Gorskii was particularly interested in recently acquired territories of the Russian Empire such as Turkestan in Central Asia (present-day Uzbekistan and neighboring states), which he visited on a number of occasions, including two trips in 1911. 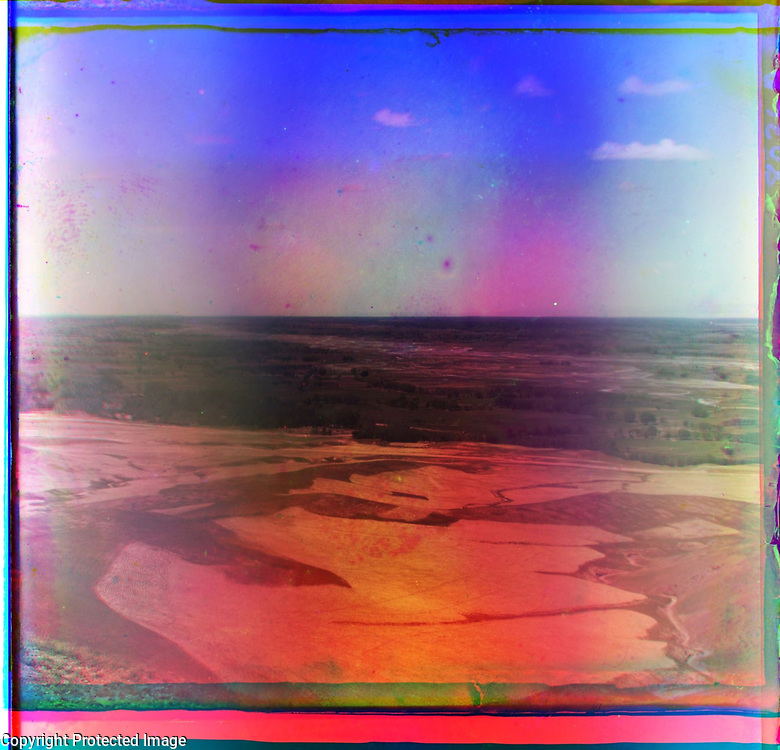