January 1977
After years of an unstable, often volatile, partnership, President Daoud Khan broke with the leftist Khalq and Parcham parties that had originally supported him in his bid for power. On 7 Saur 1357 (27 April 1978) leftist military units moved into Kabul from bases at the airport and Pul-i-Charkhi and at 4 the next morning stormed the Arg where they gunned down President Daoud Khan and most of his family. Thus over 150 years of Mohammadzai rule ended and a war that still continues began. Only after thirty years was it revealed that two unmarked graves in the vicinity of Pul-i-Charkhi held the remains of twenty-eight bodies belonging to President Daoud Khan, his family and close relatives. A state funeral took place on 17 March 2009. A Commission now (2016) meets to select a design for a mausoleum to be built on lofty Tepe Taj Beg overlooking Kabul from the south. 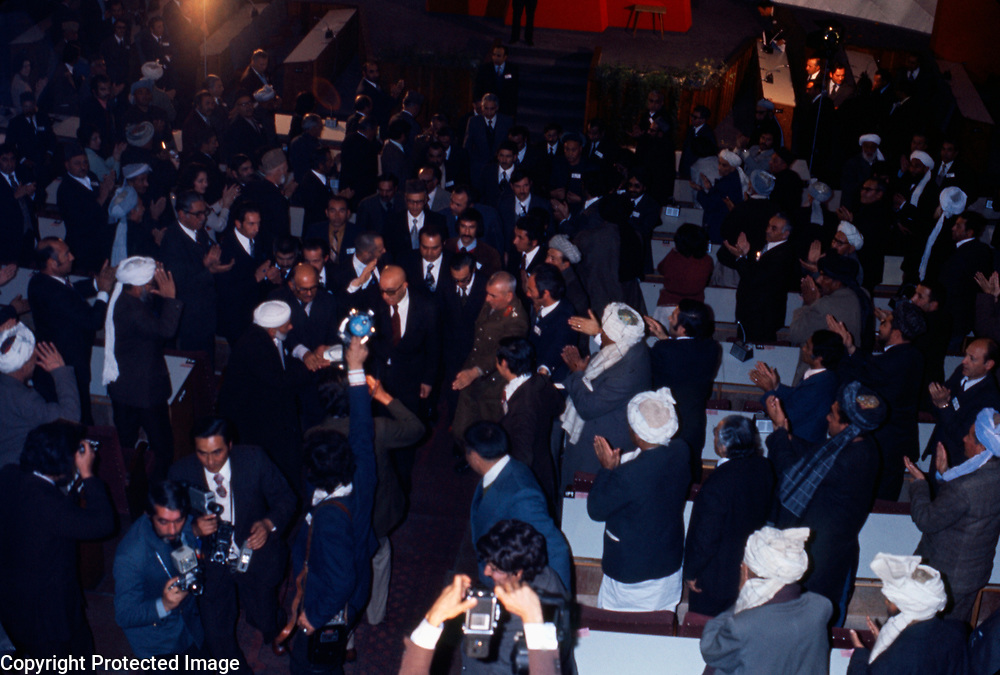