1970
On the south side, the Kokcha River joins the Amu Darya, providing more natural protection in addition to bastion 12-meter-high ramparts built by Bactrian King Eucratides I (ca. 171-145 BCE). An extensive canal system laced the fertile plains on the east over some 40 km. north-south and 10 km. east-west. This vast expanse provided abundant agricultural produce to sustain prosperity for both inhabitants and traders plying the lapis lazuli route on which the bustling central depot was located at ancient Balkh to the west.
Photo: Louis Dupree 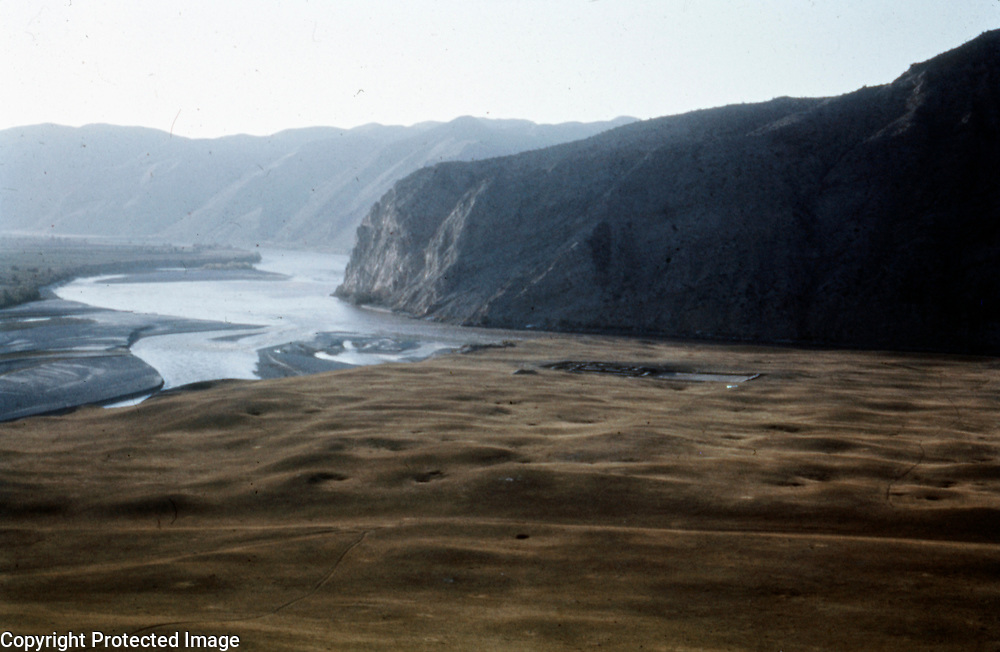