1868
This photograph of the Rukhabad mausoleum in Samarkand (Uzbekistan) is from the archeological part of Turkestan Album. The six-volume photographic survey was produced in 1871-72 under the patronage of General Konstantin P. von Kaufman, the first governor-general (1867-82) of Turkestan, as the Russian Empire’s Central Asian territories were called. The album devotes special attention to Samarkand’s Islamic architectural heritage. In the center of this view is the mausoleum known as Rukhabad (“dwelling of the soul”), a centralized domed structure probably built in the 1380s for the sage and mystic Sheikh Burkhaneddin Sagardzhi, a prominent Islamic figure in Beijing, where he died. He had requested of his son that his body be returned to Samarkand for burial at the mazar (mausoleum) of Sheikh Basir, another sage. A monumental structure was subsequently erected at the site by Timur (Tamerlane), who revered Sheikh Sagardzhi. The Rukhabad ensemble included a large courtyard enclosed by a cloister, as well as a summer mosque (visible on the left). The entrance to the ensemble is marked by a gate with a pointed portal arch (peshtak) flanked by two domed towers. One of the remarkable features of this photograph is its comprehensive view of an urban neighborhood with courtyards and houses of sun-dried (adobe) brick walls surfaced with clay. In the background is a portion of the city walls. 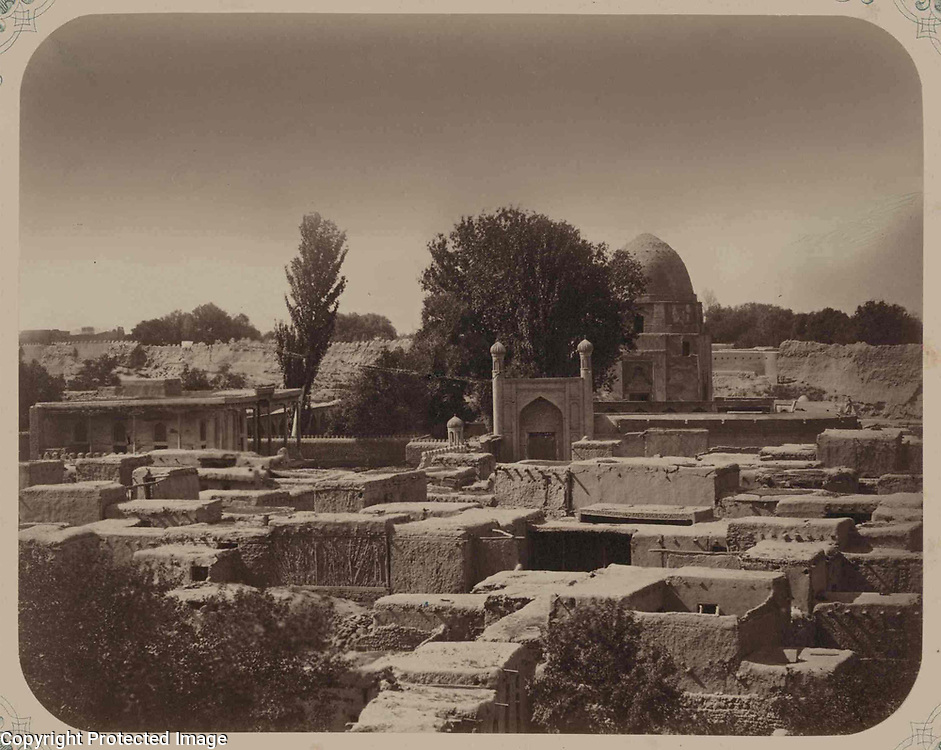