1905
The necropolis of Shah-i Zindah (Persian for “living king”) was revered as a memorial to Kusam-ibn-Abbas, a cousin of the Prophet Mohammad. Shown in this photographic detail (what the photographer called an “etude”) is apparently a structure known simply as the Octahedron, in the middle group of mausolea. Ceramic tiles decorate the surface both inside and out. Above the pointed arch are remnants of a floral pattern in faience. Visible through the doorway are red poppies in profuse bloom, which cover the hillside on which the Shah-i Zindah ensemble complex is located. The image is by Russian photographer Sergei Mikhailovich Prokudin-Gorskii (1863–1944), who used a special color photography process to create a visual record of the Russian Empire in the early 20th century. Some of Prokudin-Gorskii’s photographs date from about 1905, but the bulk of his work is from between 1909 and 1915, when, with the support of Tsar Nicholas II and the Ministry of Transportation, he undertook extended trips through many different parts of the empire. Prokudin-Gorskii was particularly interested in recently acquired territories of the Russian Empire such as Turkestan, which he visited on a number of occasions, including two trips in 1911. He gave special attention to the Islamic architecture of Samarkand (present-day Uzbekistan), such as 14th and 15th-century monuments from the reign of Timur (Tamerlane) and his successors. 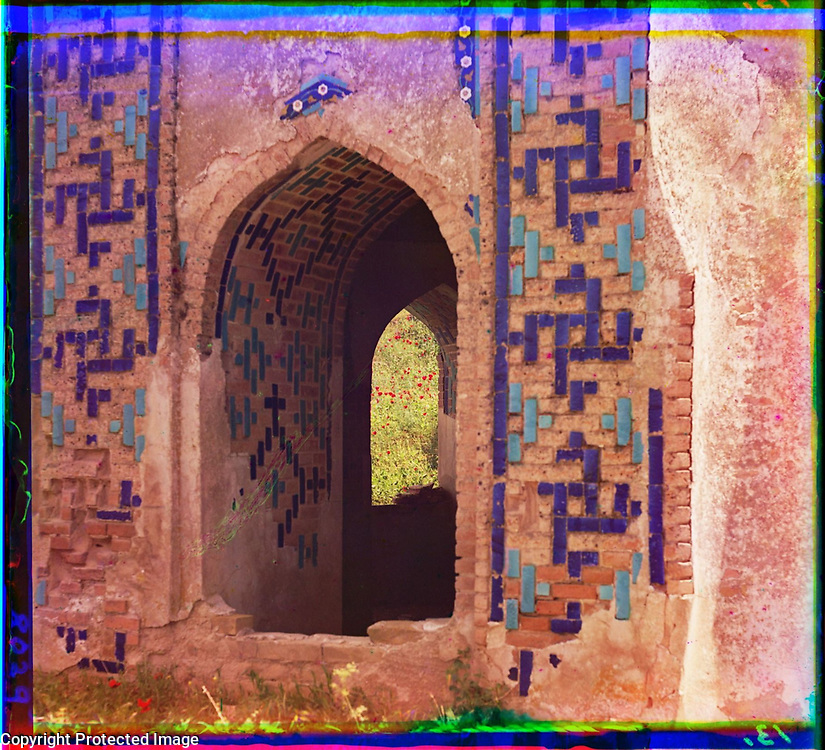