1975
The star attraction on the right bank just below the Masjid Shah-do-Shamshira, however, is the domed mausoleum of Amir Timur Shah, son of Ahmad Shah Durrani, seen in the center of this image. A short way down river from the mosque. Having fallen out with his rivals in Kandahar by 1776, the Amir transferred his capital to Kabul. Such prominence was new for Kabul for while empires had risen and fallen in Kandahar, Ghazni, and Herat, Kabul had remained a sleepy backwater town, a Buddhist retreat, a small fiefdom, a military garrison and a commercial bazaar on the periphery of the action. The Moghuls ruling from India in the 17th century however, treated the city as a popular playground for royalty. Gardens were aid out in great profusion, many by Emperor Shah Jehan's Governor Ali Mardan Khan, who was known far and wide for his beautification of Kabul. Several of the Moghul Emperors filled the pages of their memoirs with ecstatic recollections of the days they sipped wine while cavorting in Kabul's gardens. The Amir's domed mausoleum sits at the top of a garden descending to the east bank of the Kabul River, down river from the Masjid Shah-do-Shamshira seen in the upper right at the curve of the river. 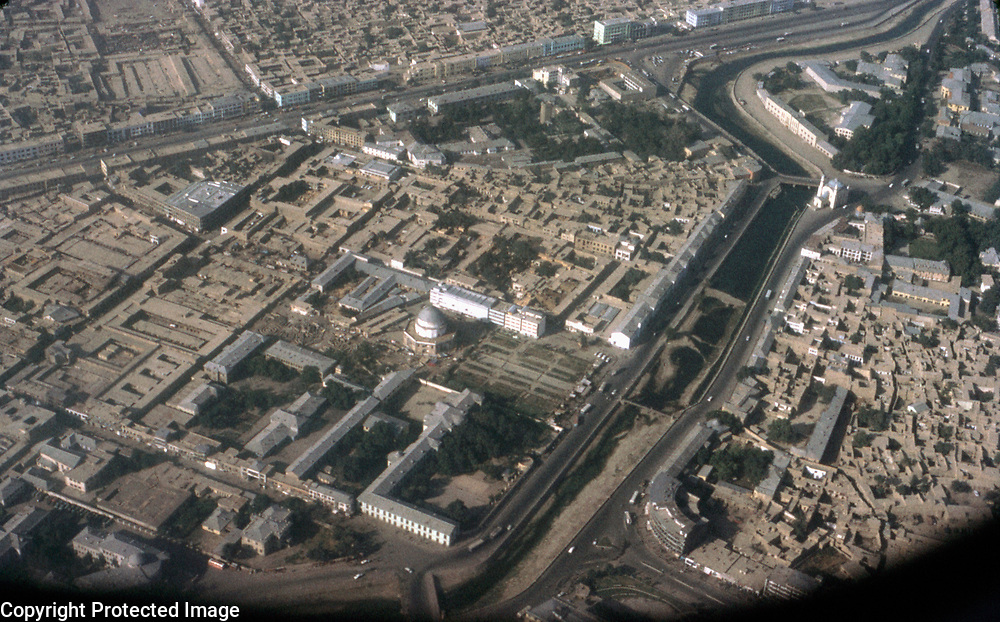