1920a
On moving from Murad Khani, Amir Abdur Rahman sought more than better housing. He set out to create a new city. The first priority was the Arg, a 418-square meter citadel/palace surrounded by massive bastioned-walls and a moat. It was to be built on the fringes of Deh Afghanan where construction began in 1883. While it was under construction, the Amir took up temporary residence in the Koti Baghcha (House of the Little Garden) built in 1884 in the south-west corner of the Arg complex. This two-storied house was surrounded by a garden full of roses on all four sides. Protecting eaves resting on high cast-iron arches were striking The central octagonal hall extended the height of the two stories, with balconies on the second floor overlooking four small 12-foot square alcoves, in one of which the Amir met visitors seated on a couch. All were furnished in western style, including a German piano. The entire surface of the interior, from floor to the domed ceiling, was richly painted with birds in flowering bushes and other floral motifs. It is not clear when this was done, but in subsequent years Koti Baghcha was used for various purposes such as the Ministry of Public Instruction. Modern residential additions were also added on the south. An Afghan architect spent five years from 2007 onward on its meticulous renovation, including the paintings. Souvenir postcard printed in Paris during the 1920s. 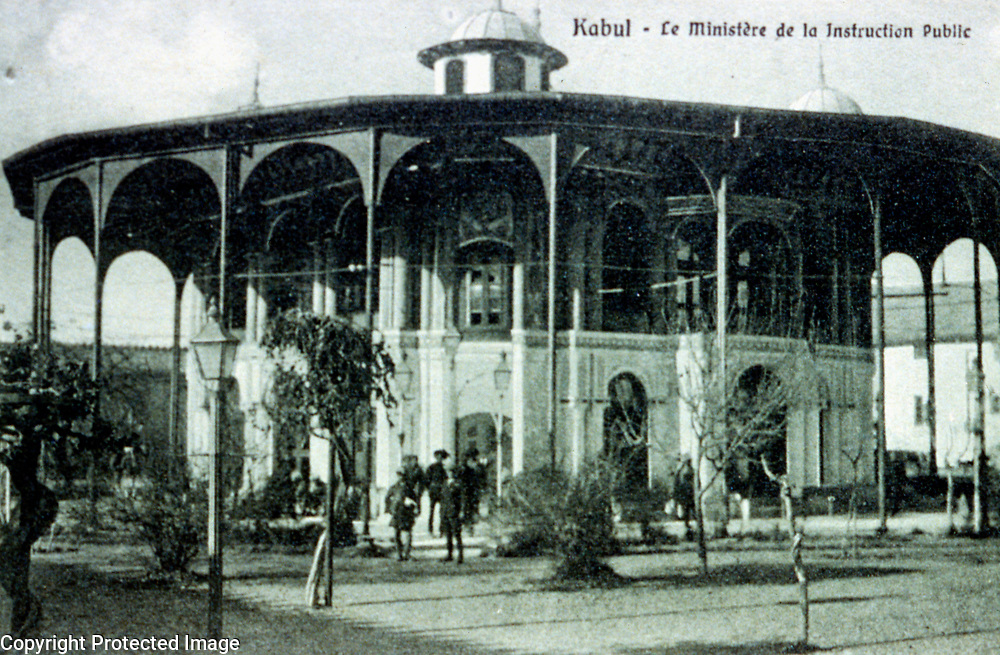