1981
On the reverses of Bactrian coins the king's name plus a Greek deity were depicted, such as Zeus, Hercules, or Athena. Here Hercules sits on a rock holding a club in his right hand. Many of the Greco-Bactrian shad been deported to Bactria originally as exiles by the Achaeminids. Some years after Selucius I inherited the eastern territories, a powerful Bactrian satrap Diodotus I (ca. 250-230 BCE) rebelled, declared independence in 250 BCE and founded his own dynastic empire. Twenty years later Euthydemos I (230-200) overthrew Diodotus I, established his own dynasty and expanded Bactria into Ferghana and Sogdiana (Turkmenistan/Uzbekistan) north of the Amu Dayra.
Photo: Josephine Powell. 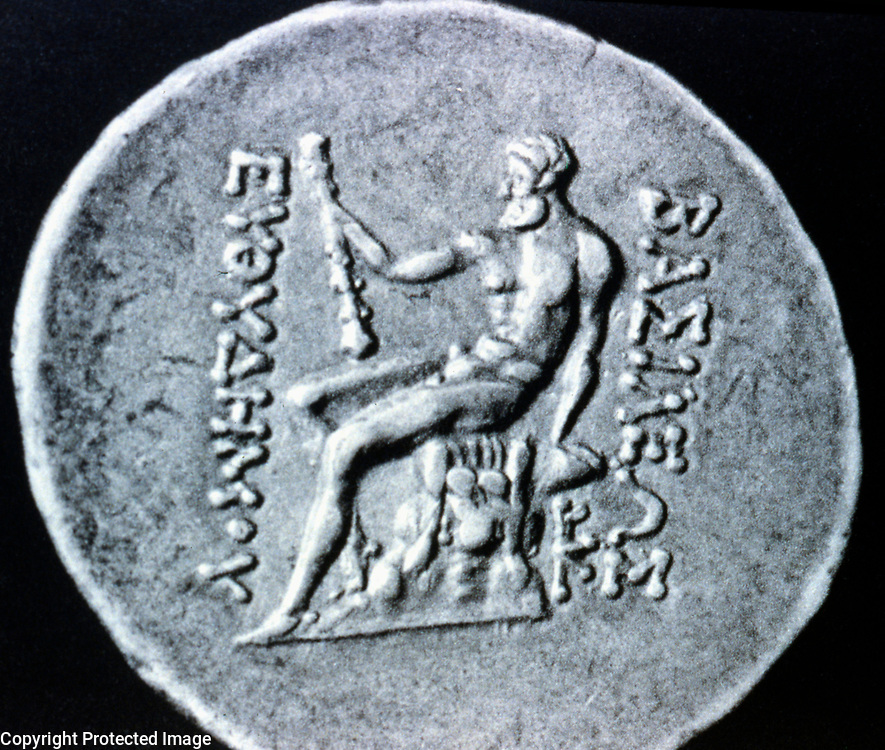