Group of Jewish Children with a Teacher. Samarkand

1905
This photograph shows five Jewish schoolboys in Samarkand being instructed by their rebbe, or teacher. Most of the boys are wearing colorful traditional robes and skullcaps. The teacher, whose dignified face is framed by a silver beard, is dressed in a simple dark robe and a fur hat. The school table is placed in a well-kept courtyard, which improved the lighting for the photograph. The Jewish diaspora in Central Asia is thought to date at least from the Babylonian Captivity (6th–7th centuries BCE), and perhaps even earlier. By the end of the 20th century most of the Jews of Uzbekistan (Bukharan Jews) had emigrated to Israel or the United States, where many of their traditions continue. The image is by Russian photographer Sergei Mikhailovich Prokudin-Gorskii (1863–1944), who used a special color photography process to create a visual record of the Russian Empire in the early 20th century. Some of Prokudin-Gorskii’s photographs date from about 1905, but the bulk of his work is from between 1909 and 1915, when, with the support of Tsar Nicholas II and the Ministry of Transportation, he undertook extended trips through many different parts of the empire. He was interested in recently acquired territories of the Russian Empire such as Turkestan (present-day Uzbekistan and neighboring states), which he visited on a number of occasions, including two trips in 1911. This image is one of the best known in the Prokudin-Gorskii collection. 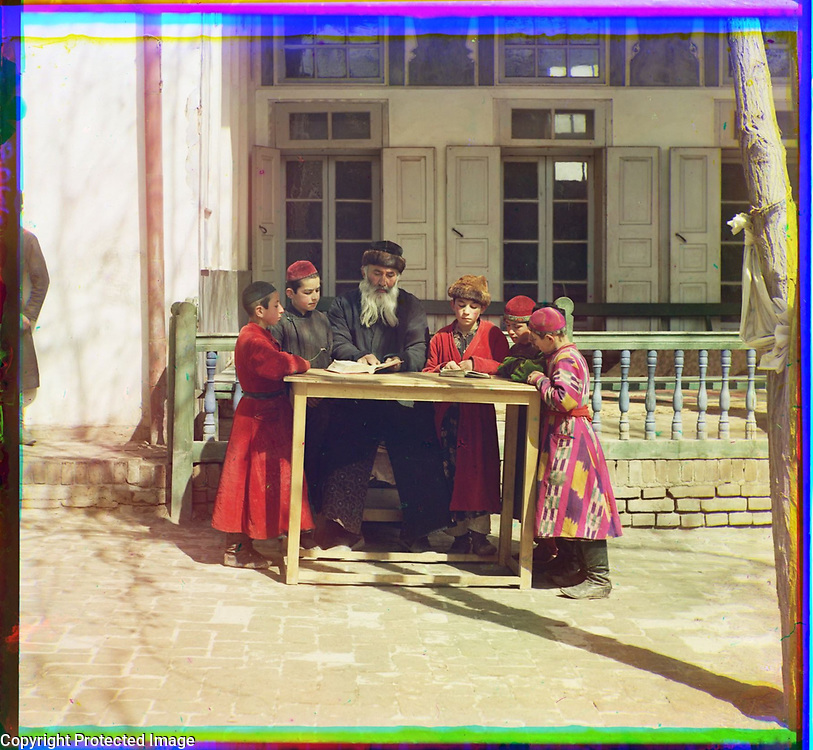