1974
Official gatherings marking key events important to Afghan history enlivened the days of Shahr-i-Naw residents from time to time. The 1964 Constitutional Loya Jirga that ushered in the "New Democracy" was held in Amir Abdur Rahman's Salamkhana-i-Am, but the "New Democracy" came to an end on 17 July 1973 when former Prime Minister Mohammad Daoud Khan staged a come-back after ten years in retirement. On the 18th he was declared President of the Republic of Afghanistan. Next year, in 1974, a grand ceremony at the Ministry of Interior in Shahr-i-Naw celebrated the raising of a new flag for the Republic. 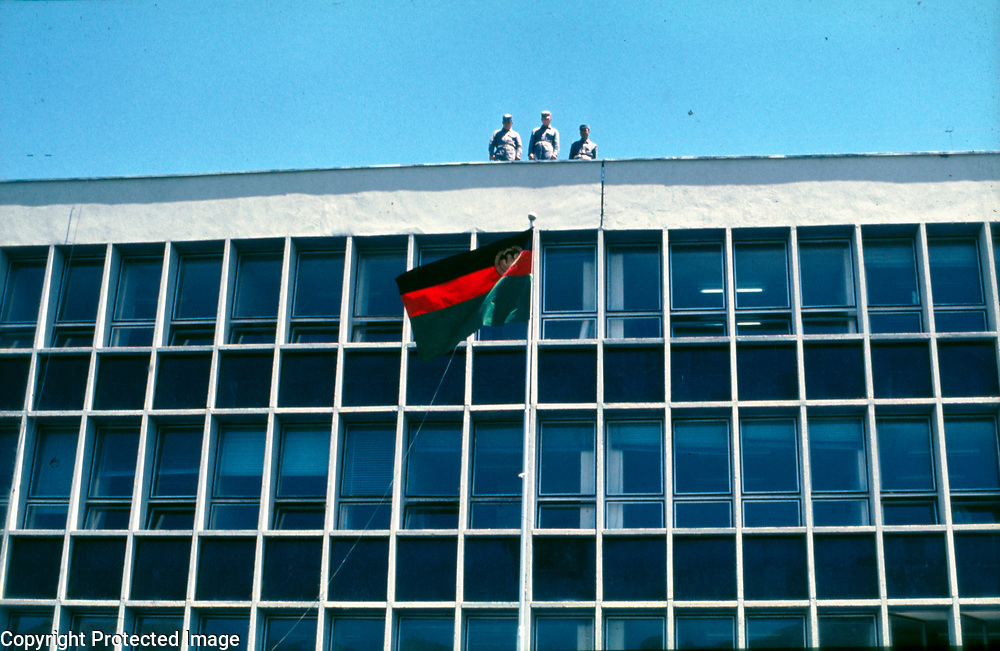