1969
Later, around the 1st century CE, a new school of thought developed in India called Mahayana ( the Great Vehicle) that introduced the image of the Buddha in human form and the concept of the Bodhisattva. These developments were received in Afghanistan in the 2nd century CE with zealous enthusiasm which lasted unabated until the end of the Buddhist period around the 7th century CE. Pious worshippers building votive stupas in the vicinity of main stupas now chose decorations featuring the Buddha's image. This votive stupa at Tepe Shotor was restored when the site was designated a site museum because the finds were too delicate to move to the National Museum.
Photo: Louis Dupree 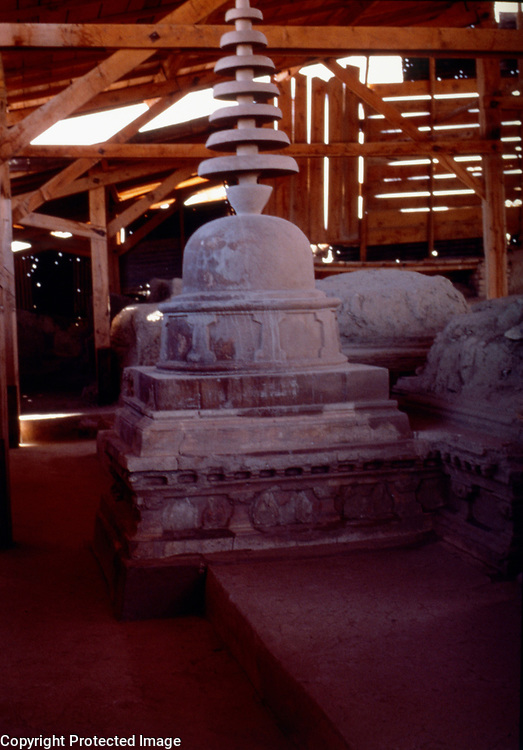