1965
Two Bodhisattva heads flanking a central Buddha head. Bodhisattvas were individuals who had attained Enlightenment and thus were entitled to enter Nirvana where the suffering of constant rebirths ends. But Bodhisattvas elected to remain in this world to help others achieve Enlightenment. Bodhisattvas embody much of the nature of the nature of the Buddha but are more approachable. They are recognizable by their elaborate headdresses and open, smiling faces. No two faces are ever identical among these stucco.
Photo: H. Klappert 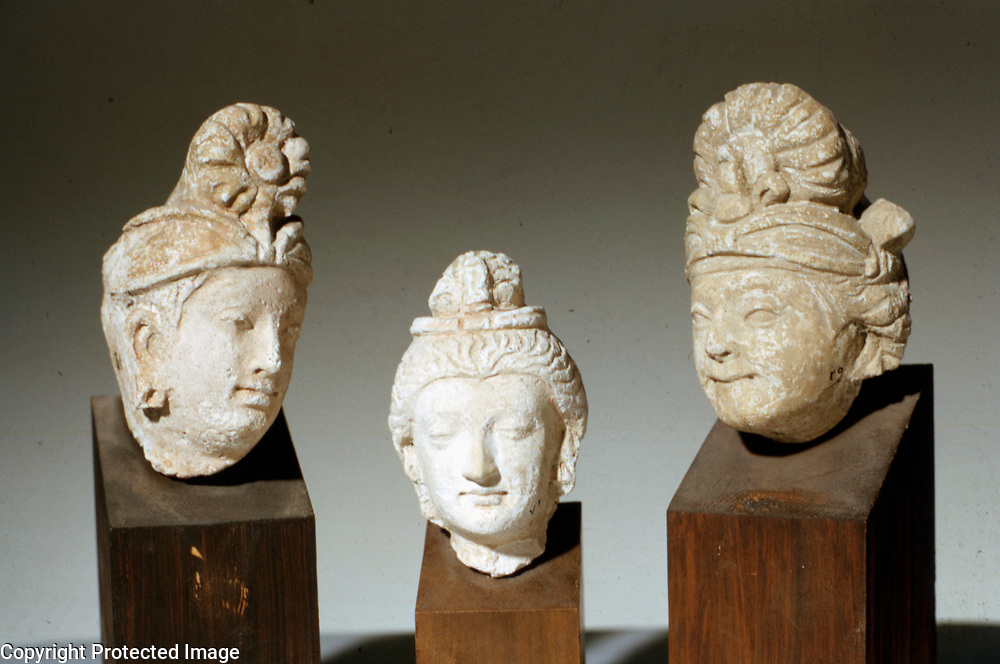