Certificate Given by Kabul Prisoners in 1842 to Babu Khan

1879
This photograph of a certificate given by prisoners held in Kabul is from an album of rare historical photographs depicting people and places associated with the Second Anglo-Afghan War. The certificate, relating to an important episode in the First Anglo-Afghan War (1839–42), apparently had remained in the possession of an unknown Afghan for some 40 years before being reproduced by a British photographer during the Second Anglo-Afghan War. In the document, the prisoners attest to the kindness shown them by Babu Khan, who was probably a tribal Pashtun leader, during their captivity in Kabul. The top signature on the left side appears to be that of Major-General William George Keith Elphinstone (1782–1842), the commander of the invading British force. Along with other British officers and their wives and children, Elphinstone was taken prisoner following the Kabul insurrection of November 1842. Following negotiations with Akbar Khan, son of Dost Mohammed, Elphinstone’s army was granted safe passage to return to India. The guarantee of safe passage notwithstanding, the British force was attacked and annihilated by tribesmen on the retreat from Kabul. Only one British survivor reached Jalalabad. The Second Anglo-Afghan War began in November 1878 when Great Britain, fearful of what it saw as growing Russian influence in Afghanistan, invaded the country from British India. The first phase of the war ended in May 1879 with the Treaty of Gandamak, which permitted the Afghans to maintain internal sovereignty but forced them to cede control over their foreign policy to the British. Fighting resumed in September 1879, after an anti-British uprising in Kabul, and finally concluded in September 1880 with the decisive Battle of Kandahar. The album includes portraits of British and Afghan leaders and military personnel, portraits of ordinary Afghan people, and depictions of British military camps and activities, structures, landscapes, and cities and towns... 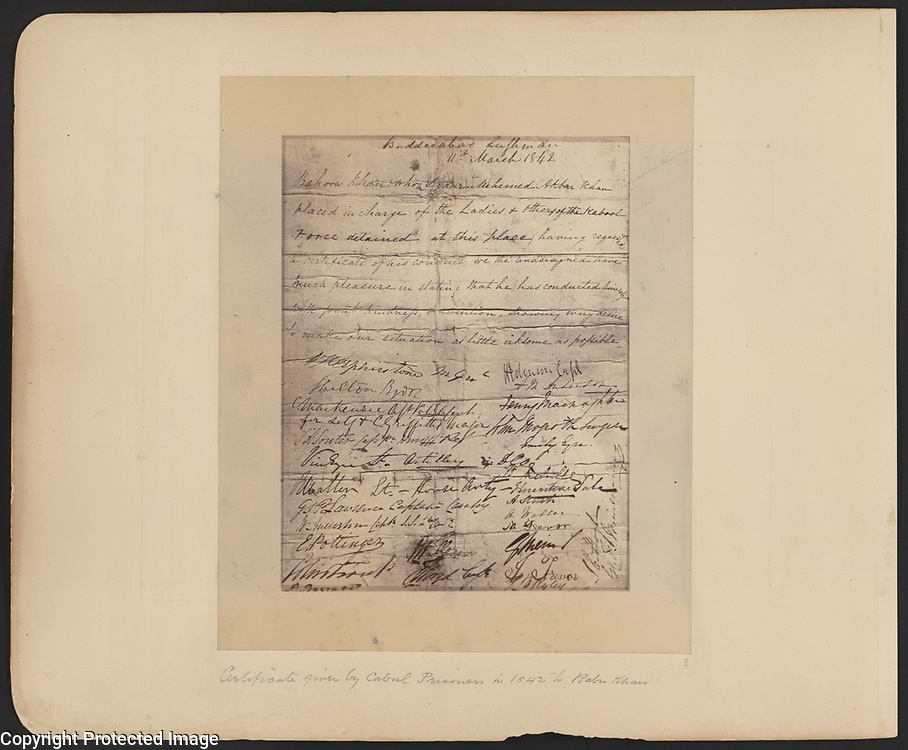