1995
Large black marble basin (d. 127 cm; h. 77 cm.) found in the old city of Kandahar at the shrine of Wais Baba in 1925 stands on the level above the entrance lobby. It has a lotus motif on the bottom suggesting it was originally used during the Buddhist period within the 2nd-6th centuries C.E. Two inscriptions indicate it was reused during Islamic times. The inner inscription dating 1490 C.E suggests the basin was used to serve sherbat (sherbet) to pilgrims. The outer 16th century inscription lists the rules and regulations of a madrassa (religious school). 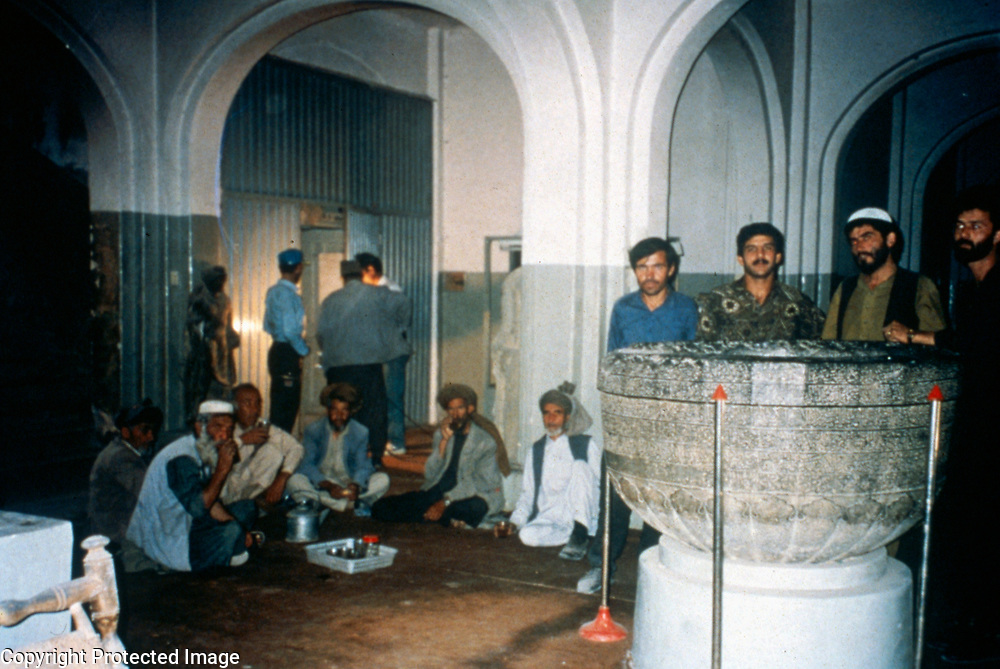