1865
This photograph of the mausoleum of Khodzha Ahmed Iassavi in Yasi (present-day Turkestan, Kazakhstan) is from the archeological part of Turkestan Album. The six-volume photographic survey was produced in 1871-72 under the patronage of General Konstantin P. von Kaufman, the first governor-general (1867-82) of Turkestan, as the Russian Empire’s Central Asian territories were called. Yasi is associated with the Sufi mystic, Khodzha Ahmed Iassavi (1103-66), whose great reputation led Timur (Tamerlane) to construct a memorial shrine (khanaka) at his grave site. Built in 1396-98, the mausoleum displays features of Timurid architecture, then at its height in Samarkand. This view shows the main facade, with its monumental arch, or iwan. The facade is flanked by two large fortress-like towers. At the center of the iwan niche is a portal arch, or peshtak. The standing figure in the portal gives a sense of the enormous scale of the structure. Above the portal is another niche with an intricate vault. Only fragments remain of the tile surface of the walls. The mausoleum is built of adobe brick and shows damage probably caused in part by earthquakes. The structure in the left foreground has an open portico with wooden columns supporting a flat roof—a design typical of summer mosques. 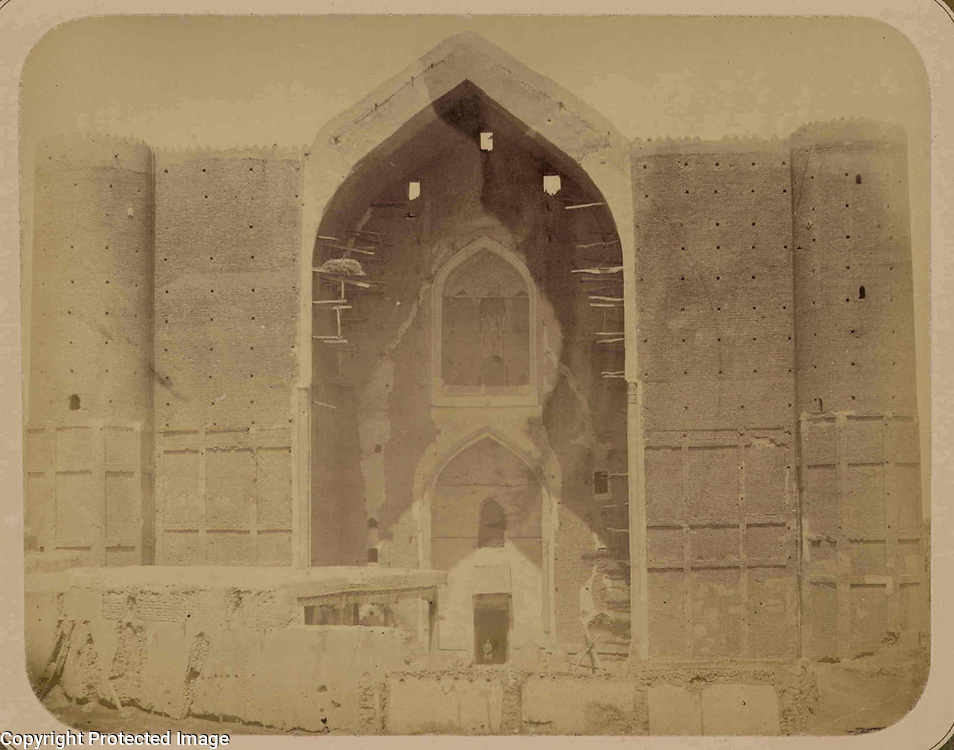