Field of White Durra, near Samarkand

1905
In Russian Turkestan, large irrigation projects, such as those sponsored by Grand Duke Nicholas Constantinovich (1850-1918; grandson of Nicholas I), were intended to provide arable land to Russian settlers. Shown here is a field of dzhugara (white durra, or Sorghum cernuum) near Samarkand. This drought-resistant species of grass can be used both as edible grain and as feed for livestock. The image is by Russian photographer Sergei Mikhailovich Prokudin-Gorskii (1863–1944), who used a special color photography process to create a visual record of the Russian Empire in the early 20th century. Some of Prokudin-Gorskii’s photographs date from about 1905, but the bulk of his work is from between 1909 and 1915, when, with the support of Tsar Nicholas II and the Ministry of Transportation, he undertook extended trips through many different parts of the empire. Prokudin-Gorskii was particularly interested in recently acquired territories of the Russian Empire such as Turkestan, which he visited on a number of occasions, including two trips in 1911. This area, much of which is now in Uzbekistan, appealed to him not only for its monuments of Islamic architecture but also for its agricultural development, which was stimulated by the Russian presence. Prokudin-Gorskii often photographed plants to define the regions he visited, as well as to demonstrate the range of possibilities in his color process. 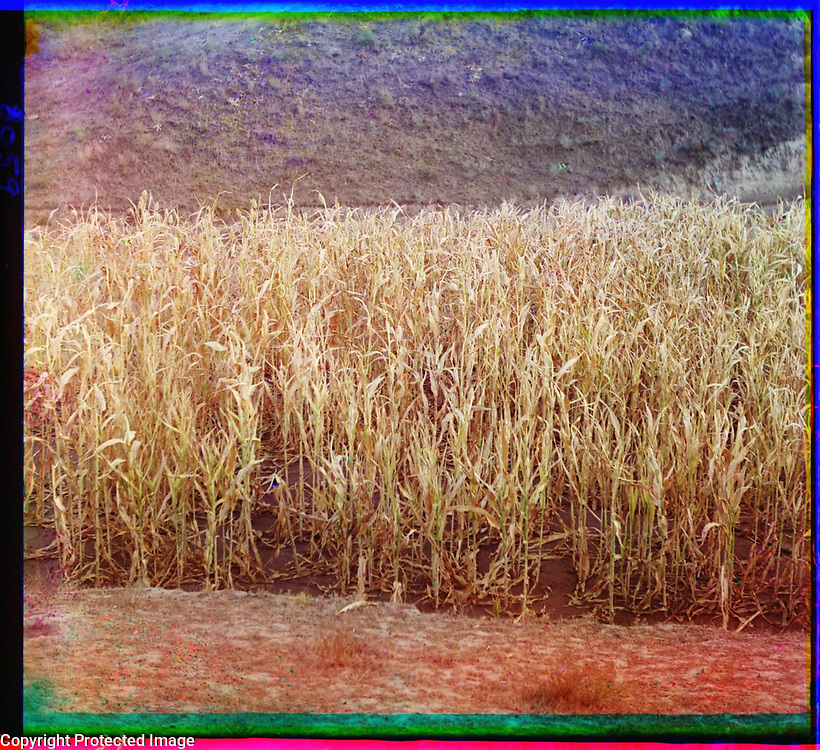