1967
The cornerstone for the Qasre Darulaman was laid on 17 October 1923 midst a grand ceremony of notables. The building was to function as the Secretariat or administration capital in addition to the seat of Parliament and stood at the center of 88 acres (400 hectares; 2000 jiribs). This was to be the heart of the new city. Around it new elite dwellings would rise. Henceforth buildings were promoted as symbols of modernity. In 1922 and 1923 he published four detailed building codes (nizamnamah) governing both public and private buildings. 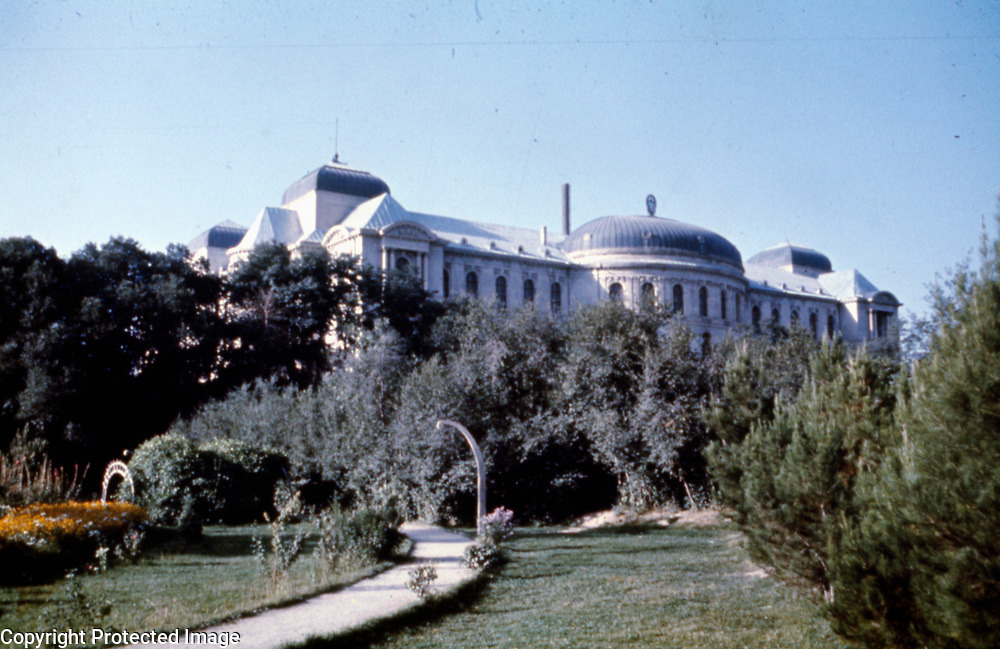