December 2004
Beginning in the 2000s a new architectural style employing vast expanses of colored glass - blue, green, gold and mauve - became the rage in Kabul. One of the earliest and most spectacular was this office tower standing on the northwest corner of Chahrahi Haji Yaqub, opposite the Sherpur Mosque. It violates the warning by experts that to build over six stories in earthquake zones like Kabul is dangerous. Visions of lethal flying glass worried many. Fortunately these glass high rises have survived several heavy, heaving, shuddering earthquakes so far (2016).. 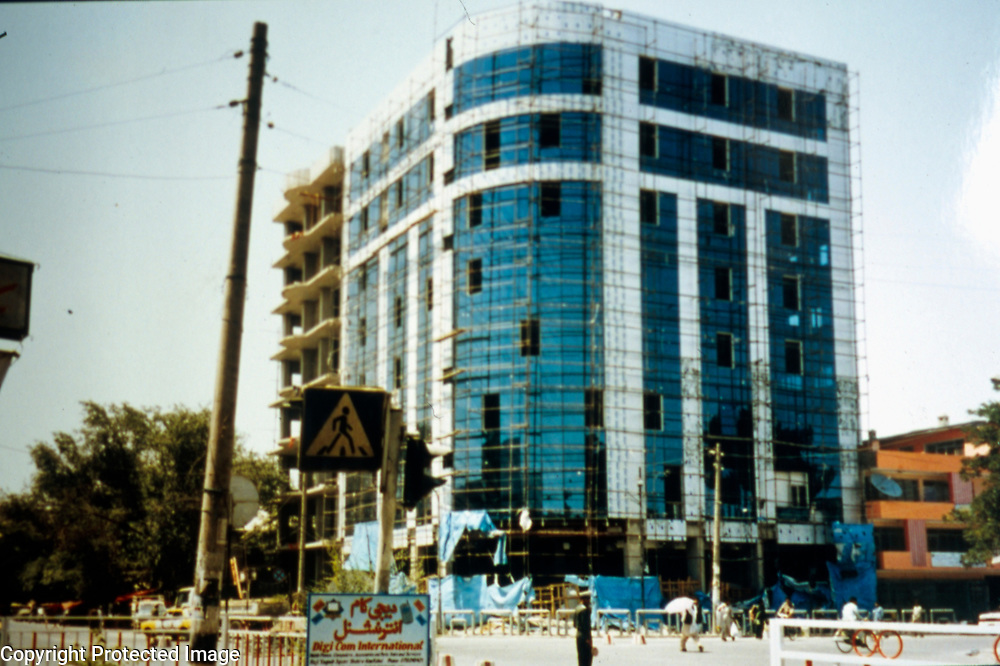