1981
The Roman bronze statuettes from Begram come from slightly different periods, but none later than the 1st century CE. This finely worked figure combining the bearded Egyptian Serapis with the Hellenistic Hercules is unique (h.24.5 cm.). No parallels have been found elsewhere. Serapis wears a crown of grain, symbol of the Nile, decorated with olive leaves, symbols of abundance. In his left hand he holds the golden apples belonging to Hera, the wife of Zeus, which Hercules was tasked to recover. The club in the right hand is a constant attribute of Hercules.
Photo: Louis Dupree from Rice and Rowland, Art in Afghanistan Objects from the Kabul Museum, 1971. 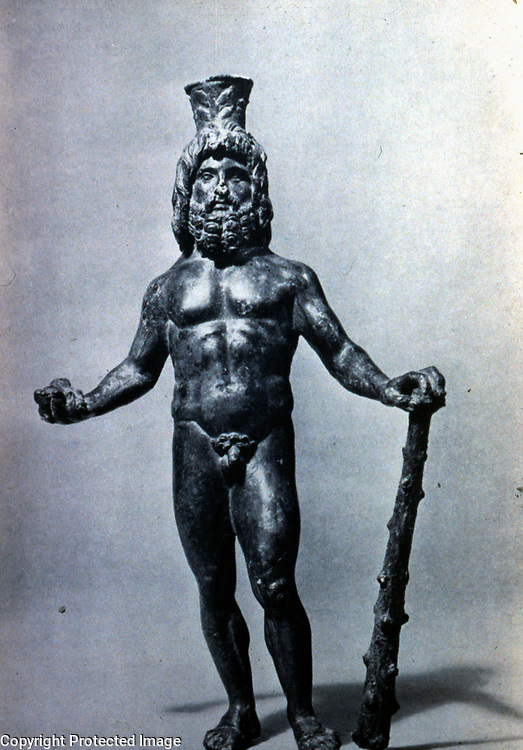