1969
Kabul Municipality's plans for urban renewal along the road to the airport were designed to relieve congestion in the old city. A series of apartment blocks were built with Soviet assistance in the style of public housing found in places such as Ashkabad, Turkmenistan and other Russian cities. Officially named Nadir Shah Mina the complex is more popularly spoken of as the Macrorayan. The intent was to relocate middle-income families who would be displaced as the old city was dismantled. At first this pre-fab housing project was slow to attract those it was intended for. Aside from being more expensive than most middle-income families could afford, the apartments did not meet a number of traditional cultural requirements. Sharing staircases with five unknown families, for instance, was a problem, entertaining spaces did not consider the extra spaces that were needed for women when men were being entertained, and facilities for roof-top activities were lacking among many other shortcomings. 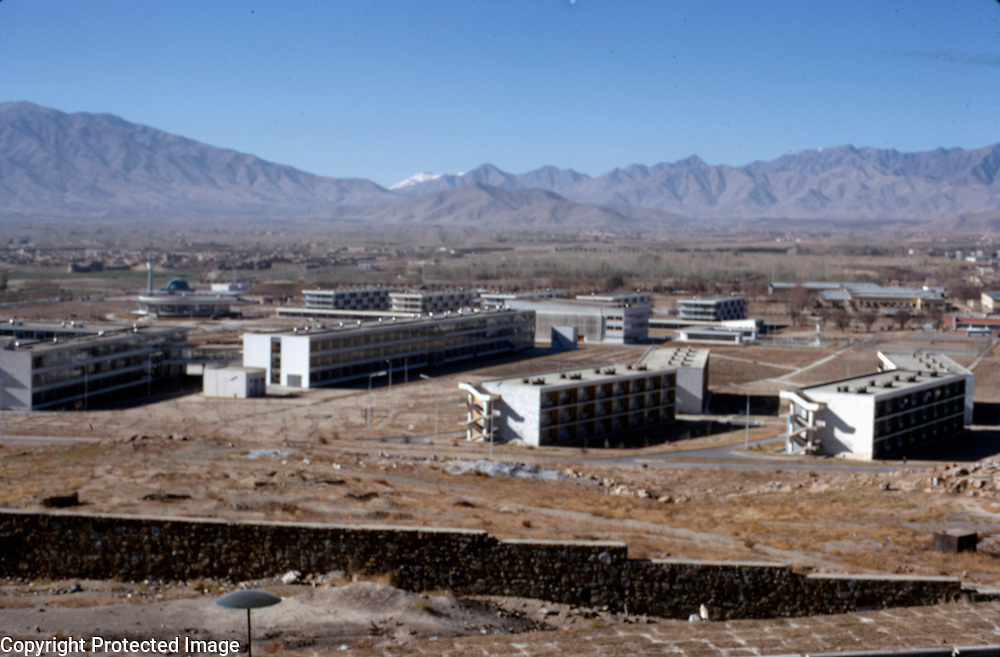