1905
This photograph was taken at a shashlychnaia, which prepared shashlyk (kebab), or meat roasted on skewers. The cook, wearing a skull cap, is seated on a platform behind a grill. He is holding a broad fan used to regulate the temperature of the coals. Next to him is a youth—presumably his son—wearing a turban and a colorful striped robe. The chiaroscuro effect of this photograph is masterful, especially in the portrait of the man. The backdrop of rough planks indicates that this was a modest enterprise, probably for selling shashlyk on the street. The image is by Russian photographer Sergei Mikhailovich Prokudin-Gorskii (1863–1944), who used a special color photography process to create a visual record of the Russian Empire in the early 20th century. Some of Prokudin-Gorskii’s photographs date from about 1905, but the bulk of his work is from between 1909 and 1915, when, with the support of Tsar Nicholas II and the Ministry of Transportation, he undertook extended trips through many different parts of the empire. Prokudin-Gorskii was particularly interested in recently acquired territories of the Russian Empire such as Turkestan (present-day Uzbekistan and neighboring states), which he visited on a number of occasions, including two trips in 1911. Turkestan appealed to him not only for its Islamic architecture but also for scenes from traditional life in cities such as Samarkand. 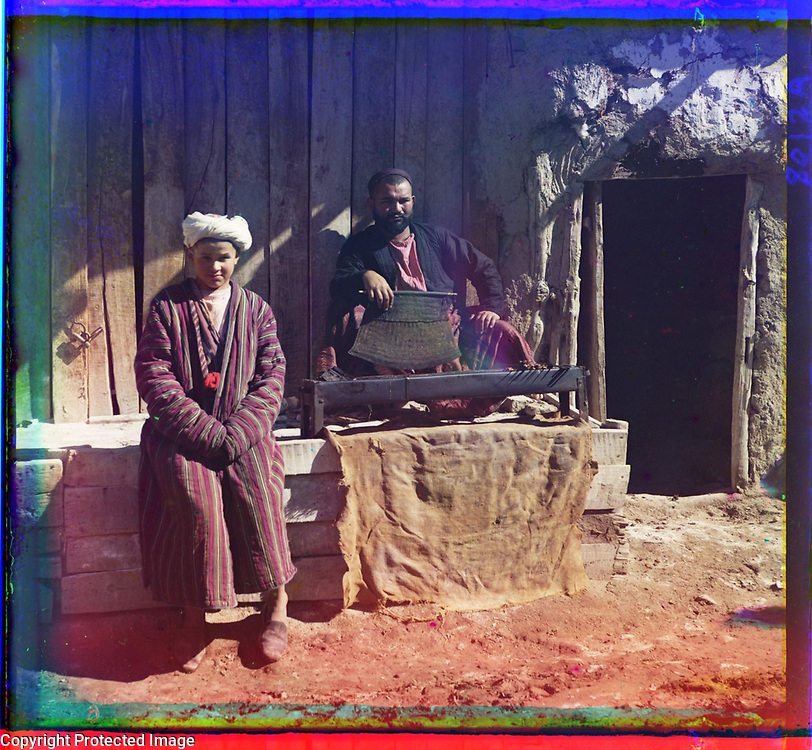