1905
Seen here is a water carrier on a street in Samarkand. The lowly status of this occupation is suggested by the man’s tattered, worn robe and hat. His right hand holds a thin cane. The water is kept in a skin container held on the shoulder with two straps. In the background is a high daubed wall of adobe brick on which is suspended another container, probably of sheepskin. Even in an oasis such as Samarkand, water was a valuable commodity, and one easily contaminated. Residents of any means would have had their own source of water. The image is by Russian photographer Sergei Mikhailovich Prokudin-Gorskii (1863–1944), who used a special color photography process to create a visual record of the Russian Empire in the early 20th century. Some of Prokudin-Gorskii’s photographs date from about 1905, but the bulk of his work is from between 1909 and 1915, when, with the support of Tsar Nicholas II and the Ministry of Transportation, he undertook extended trips through many different parts of the empire. He was interested in recently acquired territories of the Russian Empire such as Turkestan (present-day Uzbekistan and neighboring states), which he visited on a number of occasions, including two trips in 1911. Turkestan appealed to him not only for its Islamic architecture but also for ethnic types and scenes from traditional life in cities such as Samarkand. 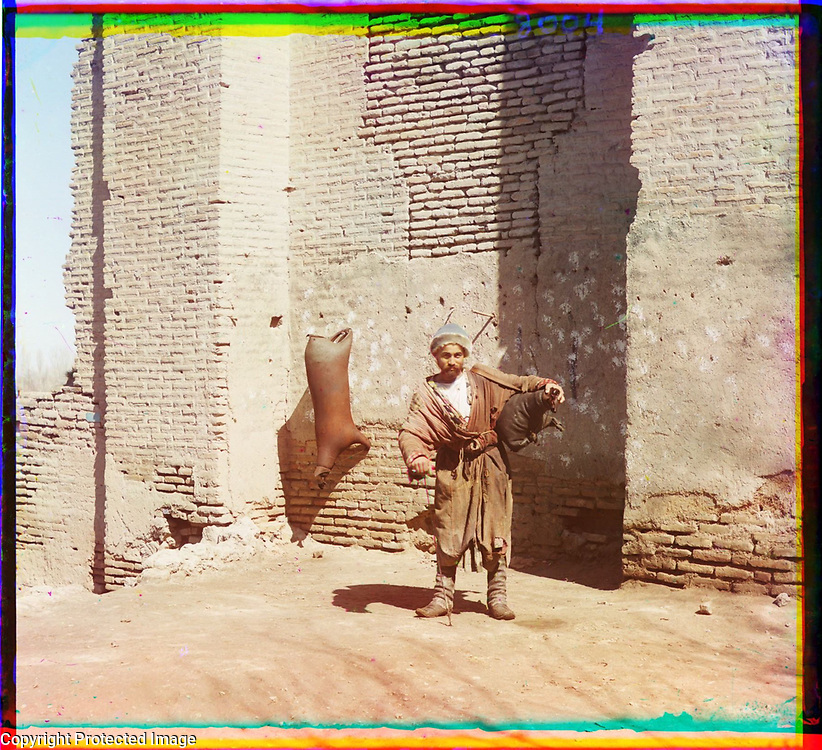