1868
This photograph of the ruins of a fortress at Khan Charbag, near Samarkand (Uzbekistan), is from the archeological part of Turkestan Album. The six-volume photographic survey was produced in 1871-72 under the patronage of General Konstantin P. von Kaufman, the first governor-general (1867-82) of Turkestan, as the Russian Empire’s Central Asian territories were called. The album devotes special attention to Samarkand’s architectural heritage. The Samarkand region has a number of fortress ruins such as the one shown here. The fortifications were typically built by Sogdian kings, before the Arab conquest at the turn of the 8th century. They not only defended the approaches to Samarkand, or Maracanda, as it was then called, they also protected the Silk Road caravans from China. The ruined walls in this view rise from the surrounding plains, which were extensively irrigated in ancient times. The moist earth, in turn, provided an ample supply of building material that was used in a technique known as pakhsa (rammed earth), which compresses damp soil mixed with clay and gravel into durable blocks. Such fortresses usually were sacked by the Arabs, and large segments of their walls have eroded back into the earth. Some idea of the scale is given by the ghostly figure standing in front of the center fragment. 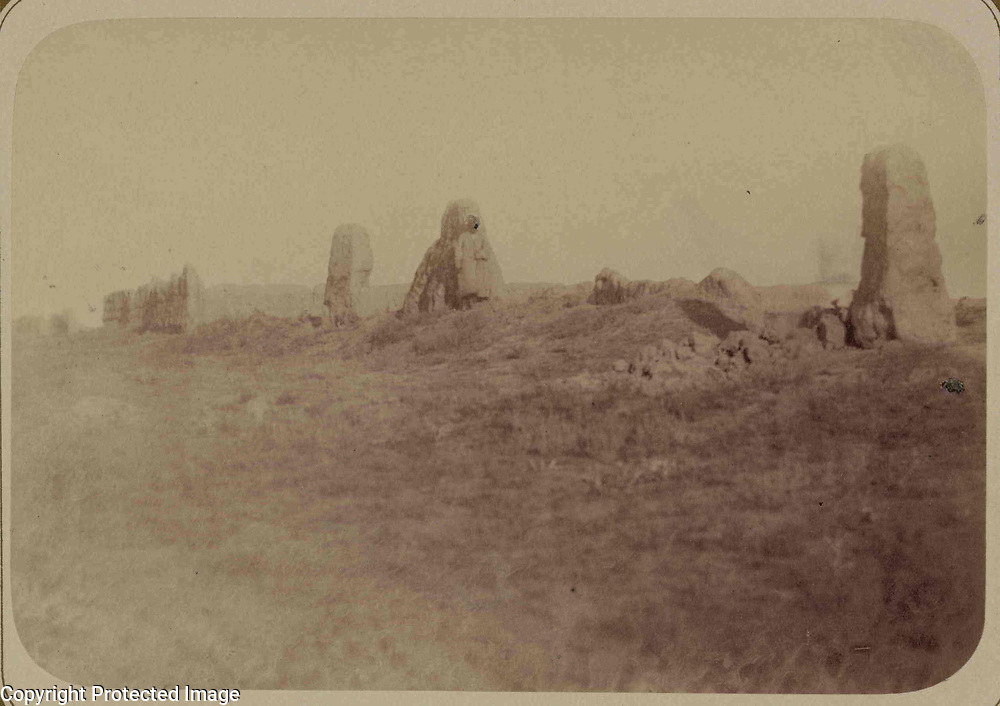