1905
Located to the southeast of the Kyzyl Kum Desert, Golodnaia Steppe is composed of the loess variety of soil suitable for growing grass and small shrubs in semi-arid conditions. The region, some 10,000 square kilometers in size, has a harsh continental climate: cold in the winter and extremely hot in the summer. Shown here is a young eagle with talons firmly anchored in closely cropped grass, perhaps where sheep have grazed. In the background (blurred because of the focus on the eagle in the foreground) are clumps of poplars and plane trees, indicating a nearby water source. The image is by Russian photographer Sergei Mikhailovich Prokudin-Gorskii (1863–1944), who used a special color photography process to create a visual record of the Russian Empire in the early 20th century. Some of Prokudin-Gorskii’s photographs date from about 1905, but the bulk of his work is from between 1909 and 1915, when, with the support of Tsar Nicholas II and the Ministry of Transportation, he undertook extended trips through many different parts of the empire. In 1911 he made two trips to an area of Central Asia then known as Turkestan (present-day Uzbekistan and neighboring states), where he photographed Islamic architecture as well as Russian development of the area. Among the Russian development projects in Turkestan was the diversion of water from the Syr-Darya River to create a productive area for raising cotton and wheat in the Golodnaia Steppe (“Hungry Steppe”). 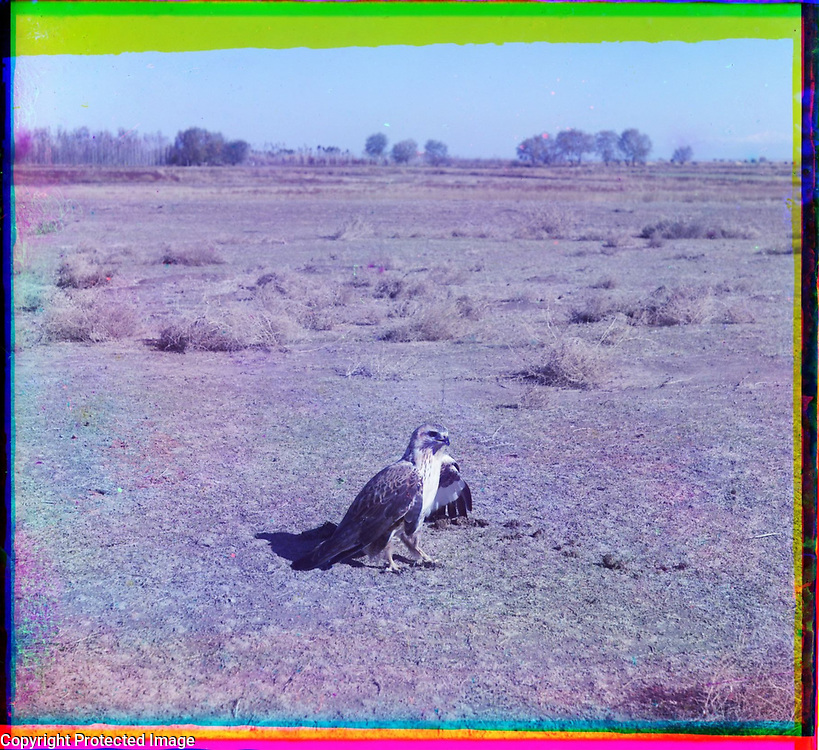