1868
This photograph of the Khodzha Akhrar shrine in Samarkand (Uzbekistan) is from the archeological part of Turkestan Album. The six-volume photographic survey was produced in 1871-72 under the patronage of General Konstantin P. von Kaufman, the first governor-general (1867-82) of Turkestan, as the Russian Empire’s Central Asian territories were called. The album devotes special attention to Samarkand’s Islamic architectural heritage. The shrine contains several structures dedicated to the memory of the renowned 15th-century mystic Khodzha Akhrar (1403-89). The main components are a winter and a summer mosque. The summer mosque, visible in the background, was built of adobe brick. Its iwan (vaulted hall, walled on three sides, with one end open) portico, supported by wooden columns on marble bases, culminates in a cornice decorated with intricate carving, including a “stalactite” pattern. The ensemble also included a pool and a cemetery for prominent religious leaders. This view of the cemetery shows marble sarcophagi and grave markers with decorative carvings and inscriptions. Although the tombs are in some disarray, the cemetery nonetheless retained its significance as a place of pilgrimage and prayer. The seated figure on the right is engaged in reading what would presumably be a devotional text. His long beard and white turban suggest status as a mullah. 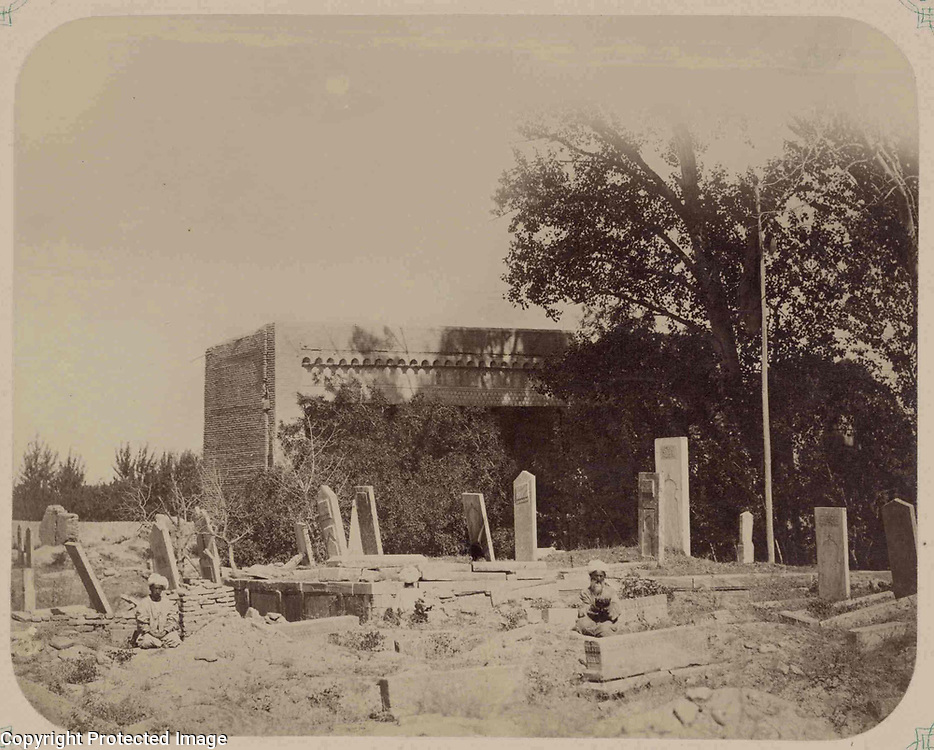