Trader in the Registan. Samarkand

1905
Seen here are money changers, probably near Registan Square, site of a bazaar in the center of Samarkand. The brick ledge on which the men are seated extends from a wall with traces of ceramic tile patterns typical of the three madrasahs (religious schools) that bounded the square. The heads of both men are covered with brilliant white turbans, and the well-maintained appearance of their attire is an indication of prosperity. On the left is a chained metal box for the money. Russian currency was the standard in Samarkand, but due to the city’s status as a trading center, there would have been ample demand for money changing. On the far right is part of a Russian poster advertising boxing and wrestling as well as circus acts. The image is by Russian photographer Sergei Mikhailovich Prokudin-Gorskii (1863–1944), who used a special color photography process to create a visual record of the Russian Empire in the early 20th century. Some of Prokudin-Gorskii’s photographs date from about 1905, but the bulk of his work is from between 1909 and 1915, when, with the support of Tsar Nicholas II and the Ministry of Transportation, he undertook extended trips through many different parts of the empire. He was interested in recently acquired territories of the Russian Empire such as Turkestan (present-day Uzbekistan and neighboring states), which he visited on a number of occasions, including two trips in 1911. 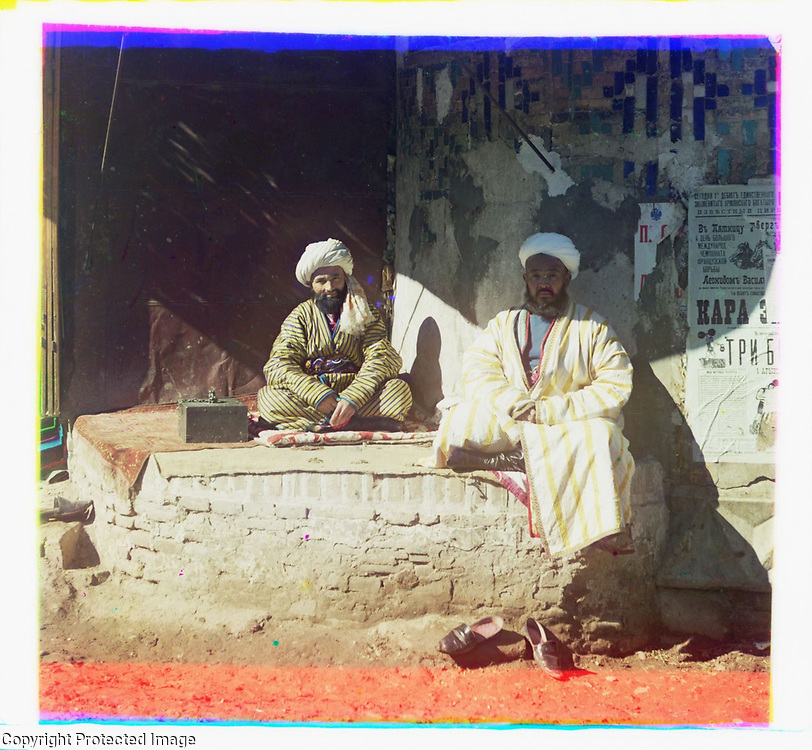