Palace of Grand Duke Nicholas Konstantinovich on the Bank of the Syr-Darya. Golodnaia Steppe

1905
Seen here is the palace on the estate of Grand Duke Nicholas Constantinovich (1850-1918; grandson of Nicholas I) in Golodnaia Steppe (“Hungry Steppe”), in present-day Uzbekistan. Exiled from Saint Petersburg in 1874 because of a family scandal, Nicholas settled in 1881 in Tashkent. There he sponsored a number of philanthropic and entrepreneurial projects. Among the latter was a vast irrigation scheme connected to the Syr Darya River and intended to make Golodnaia Steppe a productive area for Russian settlers to raise cotton and wheat. Photographed across the river and against the sun, a large part of the palace is submerged in shadows. Its design shows the influence of local building methods. The image is by Russian photographer Sergei Mikhailovich Prokudin-Gorskii (1863–1944), who used a special color photography process to create a visual record of the Russian Empire in the early 20th century. Some of Prokudin-Gorskii’s photographs date from about 1905, but the bulk of his work is from between 1909 and 1915, when, with the support of Tsar Nicholas II and the Ministry of Transportation, he undertook extended trips through many different parts of the empire. He was particularly interested in recently acquired territories of the Russian Empire such as Turkestan, which he visited on a number of occasions, including two trips in 1911. 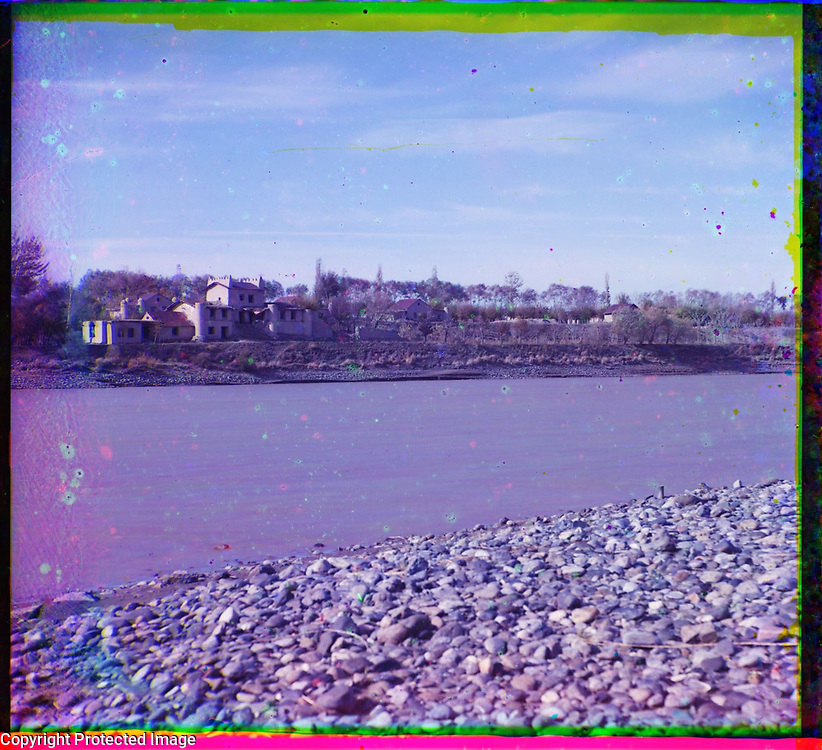