2005
Repair of the smashed statue of King Kanishka was undertaken by French archaeologists from the Musee Guimet in Paris. Using fragments and the dust collected on the day it was smashed by Qadratullah Jamal in March 2001, they restored King Kanishka's dignity. The Austrian-Afghan Society came to put together the chopped up Nuristani statues and in the vaults of the Arg on April 2004, Victor Sarianidi, leader of the Soviet team unlocked the six safes containing the golden hoard from Tillya Tepe and with great drama opened the first specimen bag declaring a pair of delicate golden hairpins genuine. Rumors that the hoard had been stolen were rampant at the time. 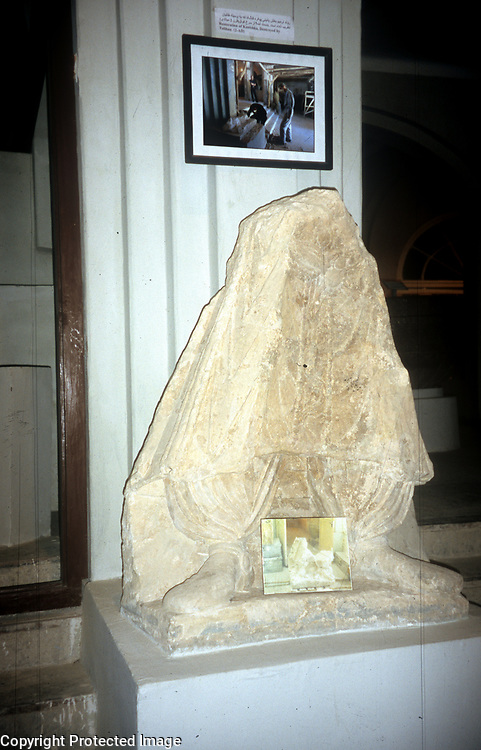