1967
In anticipation of developing tourism, western-style hotels, like the Kabul and Spinzar, opened during the 1950s off Zarnegar Park. The Afghan Tourist Organization (ATO) opened for business in March 1958, but in the 1960s, after decades of being referred to as a hermit nation, Afghanistan opened its doors fully to visitors. It was then that a ten-year phenomenon began as western youth came in massive numbers, lured by the world's best hashish, Afghan Black. Young Afghans opened modest accommodations as well as charming cafes in central Shahr-i-Naw that catered almost exclusively to these "hippies" as they were called. In addition, large numbers of Pakistan also came, attracted by the fabulous shopping Kabul offered, as well as Indian films not available in Pakistan. But it all came to an end in 1979, when the Soviets invaded Afghanistan and revolution in Iran closed overland routes. 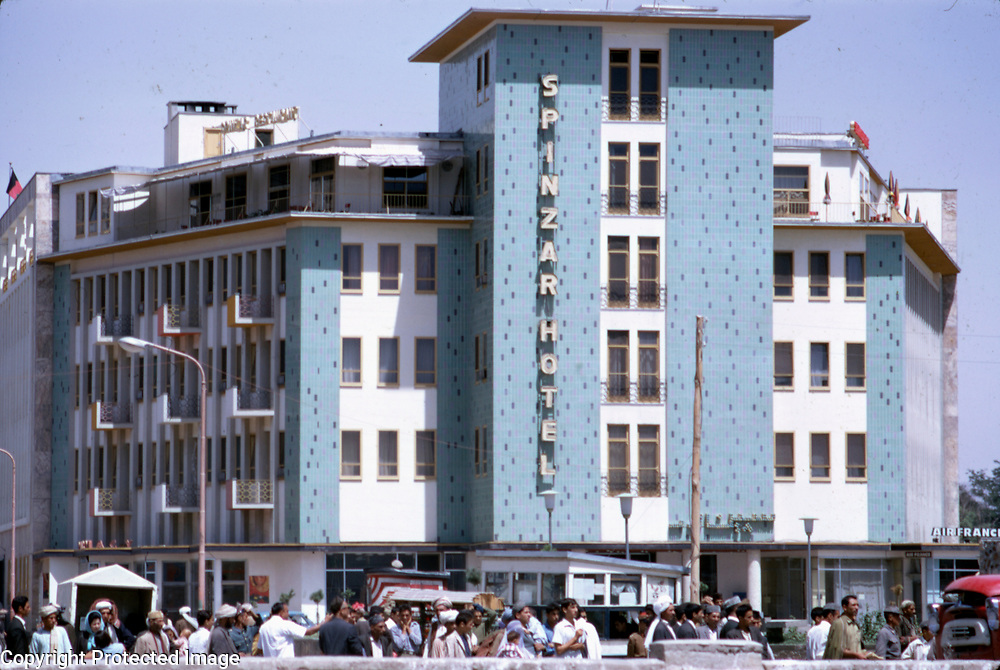