Aerial View of the Interior of Bala Hissar.

1975
In July 1879 at the end of the Second Anglo-Afghan war a British mission led by Sir Louis Cavagnari was housed in spacious residency apartments on the south side of the lower section along with his military escort. Some five thousand citizens also lived within the walls of this lower section.
On 3 September 1879 the British Residency was mobbed by mutinous Afghan troops demanding arrears in their pay. Envoy Cavagnari and his escort were killed, bringing General Roberts to take over the Bala Hissar in October. Soon after his arrival a powder magazine in the arsenal exploded causing much damage. Both the upper and lower sections were left to crumble. It was not destroyed by the British, however, before the British troops finally left in August 1880 as the new Amir, Abdur Rahman, took over. In 1939 a Military Academy was located here until it was shifted many years later to new their along the road to Jalalabad. During the in-fighting for control of Kabul in the 1990s the government bombed and scaled the walls on several occasions. This once lofty citadel is now abandoned and there is talk of conducting archaeological explorations to finally solve the question of its beginnings.
On the left side of this image is a tiny portion on the marshes called Shohada-i-Salehin in honor of the first Islamic missionaries who came to Kabul in the 7th century. 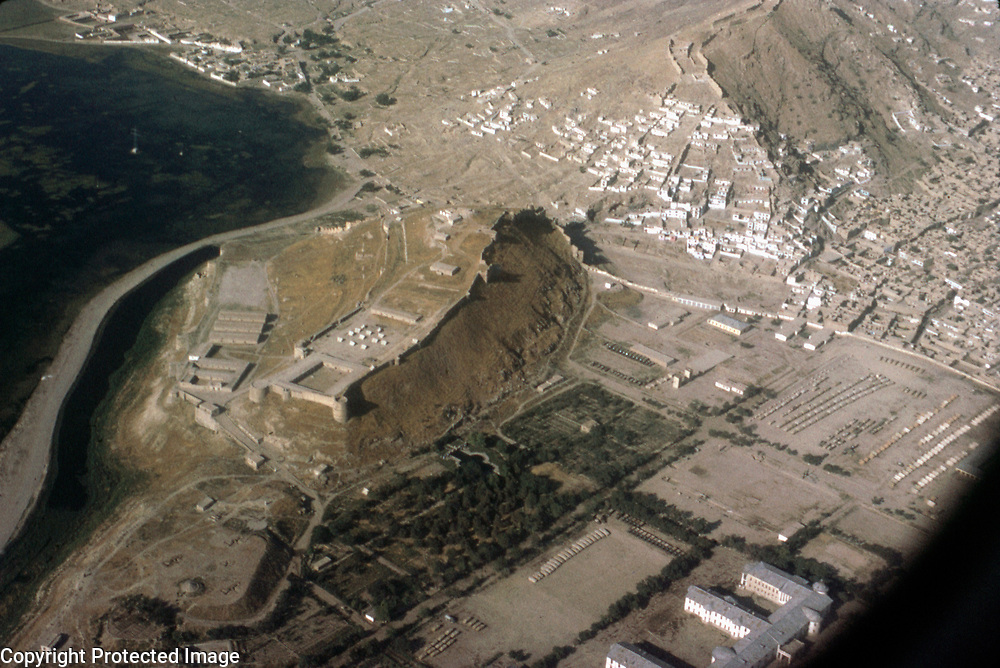