Amir Abdur Rahman envisioned not only a citadel-palace but also a new city situated between the south wall of the Arg and the Kabul river. The Arg Bazaar was centered on a large square at the junction of roads from Sherpur in the north, Murad Khani in the east, Pul-i-Khishti and the river on the south and the village of Deh Afghanan in the west met. It was dominated by a domed archway where two great drums were played to announce the comings and goings of the Amir and the Princes from the city, as well as such timings as the beginning and ending of the fast during Ramazan. The roll of the drums also signaled the reading of official proclamations and public orders. These very special drums which were held in great esteem could be heard at a great distance. Arched verandahs in front of bazaar shops linked to both sides of the north face of the nagharakhana were very graceful. True to Amir Abdur Rahman's demanding requirements these verandahs were very substantially constructed. The Arg bazaar became Kabul's newest fashionable shopping centers well as a became a desirable residential area. Houses spread up the slopes of Koh-i-Asmai.
Photo: painting reproduced in an old calendar, artist not recorded. 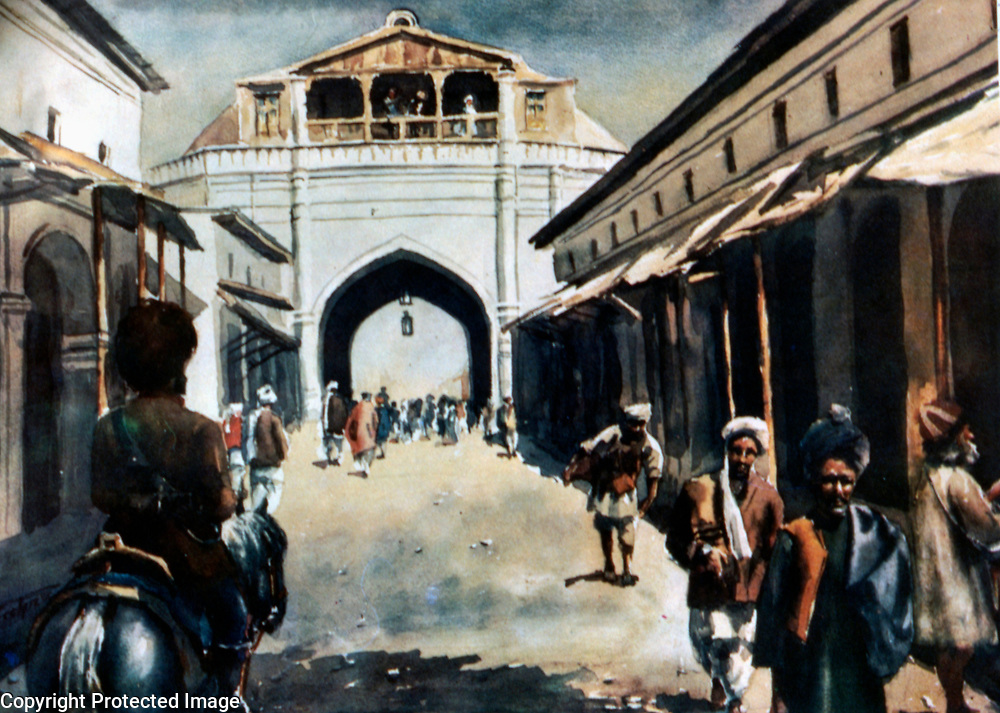