September 1996
The artifacts moved in May 1979 were moved back to their original cases in October 1980 and the museum remained open during the Soviet occupation. It closed after the Soviets withdrew in February 1989 when the bulk of the objects were placed in the storerooms. In the autumn of 1989, however, an order came from Najibullah's government to shift unique items to the Koti Baghcha in the Arg, to the Central Bank inside the Arg, and to the 4th floor of the Ministry of Information/Culture.
Photo: N.H.Dupree. 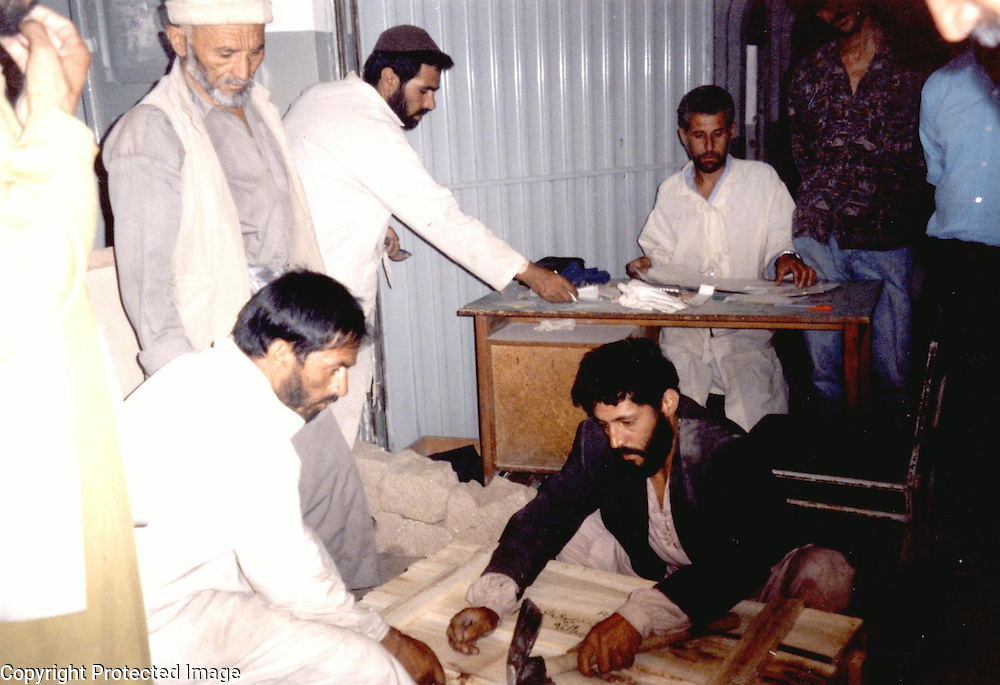