1842
After spending 30 years in exile in India, Amir Shah Shujah, a younger son of Amir Timur Shah, was reseated on the throne of Kabul in August 1839 by British forces. Following the departure of the British forces in January 1842, the Amir was assassinated just outside the walls of the Bala Hissar. He is reported to have been buried hastily in the mausoleum of his father Amir Timur Shah. The sketch for this painting was drawn by James Rattray during an interview conducted inside the Bala Hissar shortly after the Amir was seated on the throne. Copied from James Rattray, 1848, Costumes of the various tribes..., London. 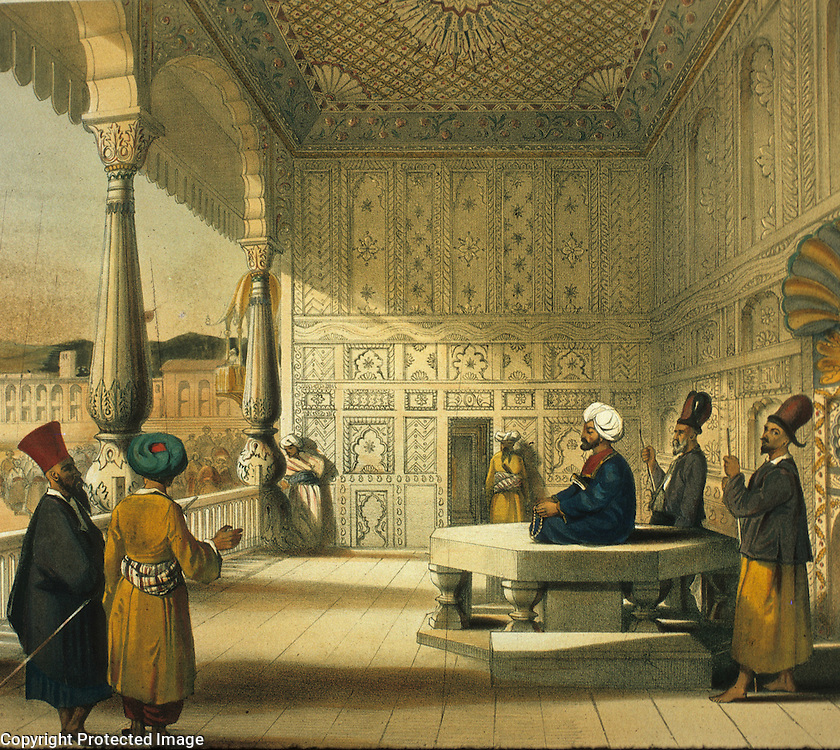