1980
Kushan King Kanishka standing by a Fire Altar. The Kushans, one of the five clans in the Yueh-chih confederation, rose to power in the beginning of the 1st century CE. Around 127 CE King Kanishka (ca. 127-150 CE), relatively peacefully succeeded his grandfather and father and ruled for 13 years during which he extended the Kushan empire into Central Asia beyond Bactria and south of the Hindu Kush into Gandhara and across northern India. Located at the center of the bustling Silk Route carrying goods from Rome to China and down into India, he amassed great wealth and with it great power.
Photo: Louis Dupree 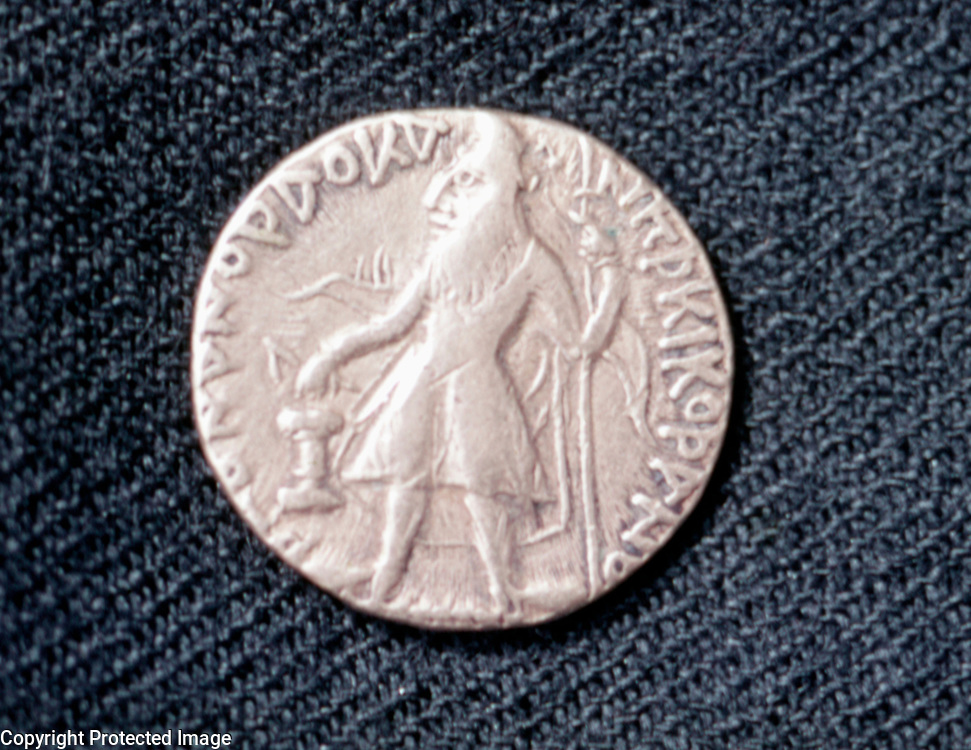