Antiquities of Samarkand. Mausoleum of Khodzha Abdu-Derun. General View of the Mausoleum from the Southwest

1868
This photograph of the Khodzha Abdu-Derun mausoleum in Samarkand (Uzbekistan) is from the archeological part of Turkestan Album. The six-volume photographic survey was produced in 1871-72 under the patronage of General Konstantin P. von Kaufman, the first governor-general (1867-82) of Turkestan, as the Russian Empire’s Central Asian territories were called. The album devotes special attention to Samarkand’s Islamic architectural heritage. The Khodzha Abdu-Derun memorial complex was dedicated to a revered 9th-century Arab judge of the Abdi clan, with the word derun (inner) added to signify its location within Samarkand and to distinguish it from another complex commemorating the sage located just beyond the city. The original domed mausoleum, erected perhaps as early as the 12th century, was expanded as a pilgrimage shrine in the 15th century. The complex included a courtyard pool, a mosque, and a separate entrance portal. This view shows the main components from the back. In the center is the domed mausoleum, a centralized structure with a cruciform plan. Although structurally intact, its wall and dome surfaces reveal substantial damage. On the right is the attached mosque with its own dome. On the left is a small minaret in front of the summer mosque. Low ancillary buildings extend from the back, where three figures give an idea of the scale. 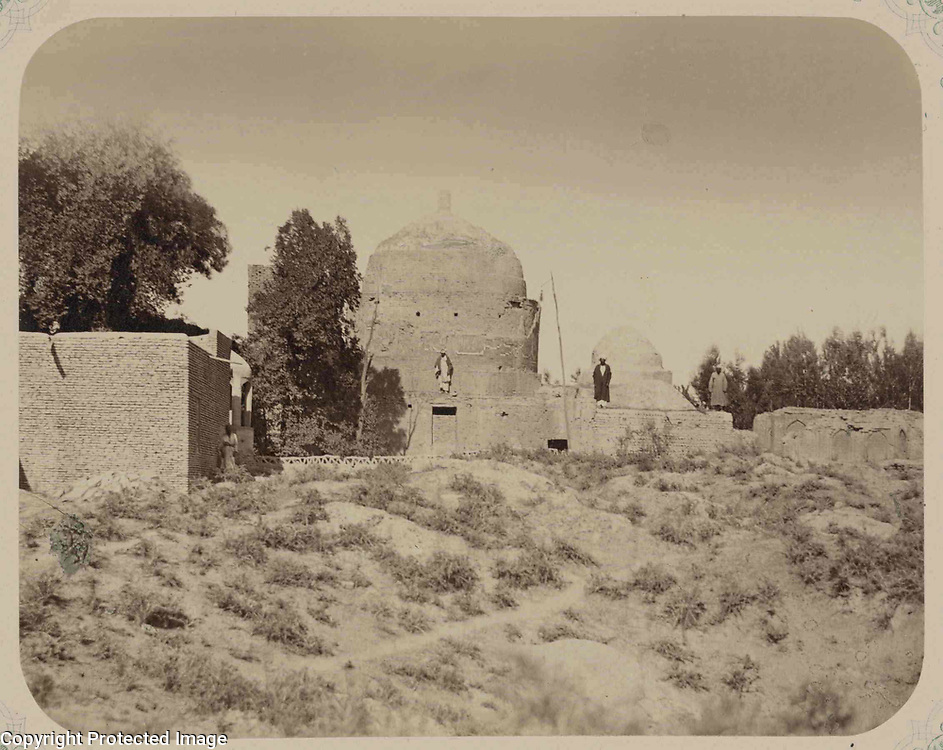