1969
This solid two-storey private palace with porticos of round columns at each end was built on the crest of a mountain ridge called Tepe Taj Beg, just to the south of the Secretariat. Magnificent views overlooking the Chahr Deh Valley were visible from its terraced gardens. It was exquisitely furnished with items purchased by the royal couple themselves on their trip to Europe and put in place after their return in 1 July 1928. The sumptuous decorations in the Queen's bathroom included marbles inlaid with lapis lazuli. It was still filled with scaffolding when seen in 1931. Long left abandoned it was finally completed and used as a hospital by the Ministry of Public Works in the 1960s. 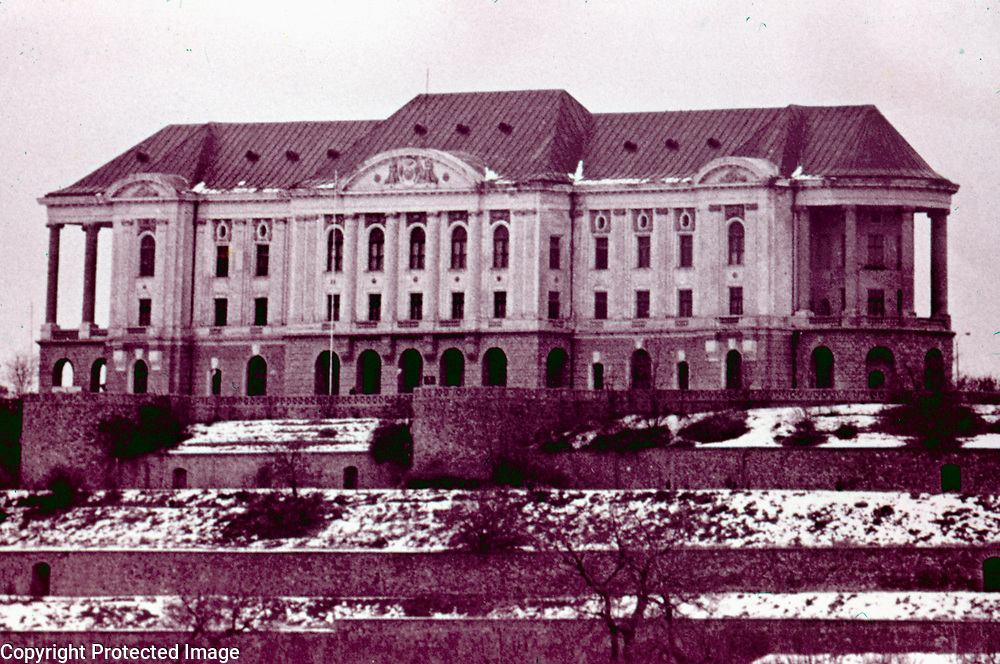