1905
This remarkable photograph shows a nomadic Kyrgyz family resting in the steppe grasslands. The Kyrgyz are a Turkic ethnic group widely spread over the area of eastern Turkestan. The man, with weathered face, is dressed in a skullcap and a frayed traditional striped coat. He is burdened with padded blankets and probably a small tent. The woman, with brilliant white turban, wears a tattered cloak and carries smaller bundles of blankets and clothes. Their small boy wears a colorful skullcap and a sparkling green silk jacket in the Chinese style. To the left is a desert thorn bush. The image is by Russian photographer Sergei Mikhailovich Prokudin-Gorskii (1863–1944), who used a special color photography process to create a visual record of the Russian Empire in the early 20th century. Some of Prokudin-Gorskii’s photographs date from about 1905, but the bulk of his work is from between 1909 and 1915, when, with the support of Tsar Nicholas II and the Ministry of Transportation, he undertook extended trips through many different parts of the empire. In 1911 he made two trips to an area of Central Asia then known as Turkestan (present-day Uzbekistan and neighboring states), where he photographed Islamic architectural monuments as well as Russian development projects, such as an irrigation scheme to make Golodnaia Steppe (“Hungry Steppe”) a productive area for raising cotton and wheat.
Photo: Sergei Mikhailovich Prokudin-Gorskii. 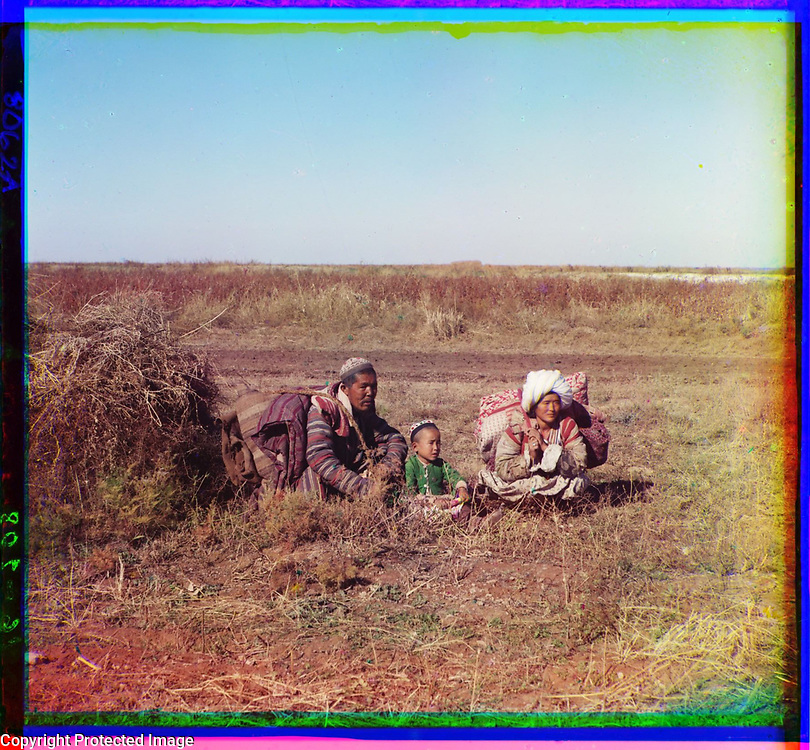