1905
This view shows the Tekin Cemetery near the town of Bayramaly (present-day Turkmenistan).The earthen mounds, which often were reinforced with brick, are burial plots typical of Central Asia. Some of the mounds still have poles that were used as grave markers. Visible on the left are adobe walls that enclose special burial grounds. Bayramaly, situated in Mary Province on the railroad from Ashgabat to Tashkent, is known as a dry spa with a favorable climate. Nearby are the remains of the ancient city of Merv. The image is by Russian photographer Sergei Mikhailovich Prokudin-Gorskii (1863–1944), who used a special color photography process to create a visual record of the Russian Empire in the early 20th century. Some of Prokudin-Gorskii’s photographs date from about 1905, but the bulk of his work is from between 1909 and 1915, when, with the support of Tsar Nicholas II and the Ministry of Transportation, he undertook extended trips through many parts of the empire. Prokudin-Gorskii was particularly interested in recently acquired territories of the Russian Empire such as Turkestan (present-day Uzbekistan and neighboring states), which he visited on a number of occasions, including two trips in 1911. His work there reveals a dual purpose: to show progress and development as a result of Russian settlement and to record the monuments of traditional Islamic culture. 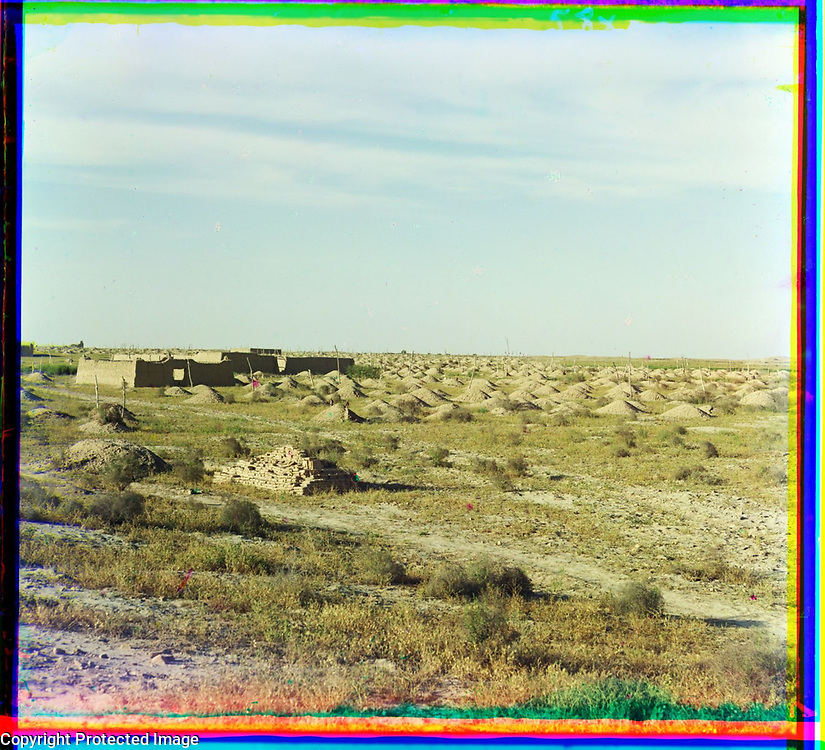