1868
This striking photograph of the Ishrat-khan shrine in Samarkand (Uzbekistan) is from the archeological part of Turkestan Album. The six-volume photographic survey was produced in 1871-72 under the patronage of General Konstantin P. von Kaufman, the first governor-general (1867-82) of Turkestan, as the Russian Empire’s Central Asian territories were called. The album devotes special attention to Samarkand’s Islamic architectural heritage. The caption for this photograph states that Ishrat-khan (“house of joy”) was the summer palace of Timur (Tamerlane), and there have been recent claims that such was indeed the structure’s purpose. Generally accepted research, however, concludes that it was built in 1464 (perhaps at the command of Habib Sultan Begum, a wife of Abu Said) as a mausoleum for the women and children of the Timurid dynasty. Its design adheres to a cruciform plan prevalent in mausoleums of this period. This view shows the main facade and its iwan (vaulted hall, walled on three sides, with one end open) arch, originally decorated with polychrome ceramic work in geometric and botanical designs. Beyond the arch rises the central structure, whose dome was elevated on a high drum decorated with geometric patterns formed by shaped brick. The mausoleum is flanked on either side by two-story ancillary structures. Despite severe earthquake damage and neglect, Ishrat-khan retained its extraordinary monumentality. 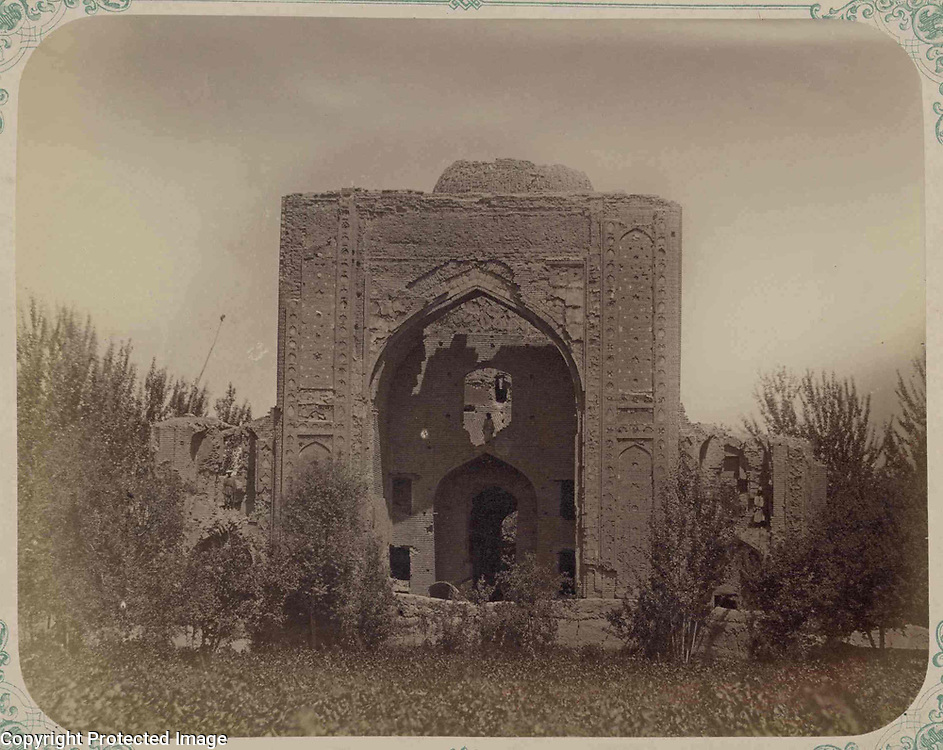