1905
The Hazrat Hyzr Mosque in Samarkand is located on a hillside near the ancient fortress settlement of Afrosiab. Legend states that the mosque was built following the Arab conquest of the city by Qutayba ibn Muslim in 712. Destroyed during the Mongol conquest in 1220, the mosque was rebuilt over the centuries. In 1854 the core structure (left center) was rebuilt on the presumed original foundation and enlarged in 1884. In 1899 the iwan (columned veranda) was expanded, and a darwazahana (vestibule) was added. Work on the mosque continued to 1919. Crumbling adobe walls surround the structure, and adobe tombs are visible at the crest of the hill. In the lower right is a pile of hay. The image is by Russian photographer Sergei Mikhailovich Prokudin-Gorskii (1863–1944), who used a special color photography process to create a visual record of the Russian Empire in the early 20th century. Some of Prokudin-Gorskii’s photographs date from about 1905, but the bulk of his work is from between 1909 and 1915, when, with the support of Tsar Nicholas II and the Ministry of Transportation, he undertook extended trips through many different parts of the empire. Prokudin-Gorskii was particularly interested in recently acquired territories of the Russian Empire such as Turkestan (present-day Uzbekistan and neighboring states), which he visited on a number of occasions, including two trips in 1911. He gave special attention to the rich Islamic architecture of Samarkand. 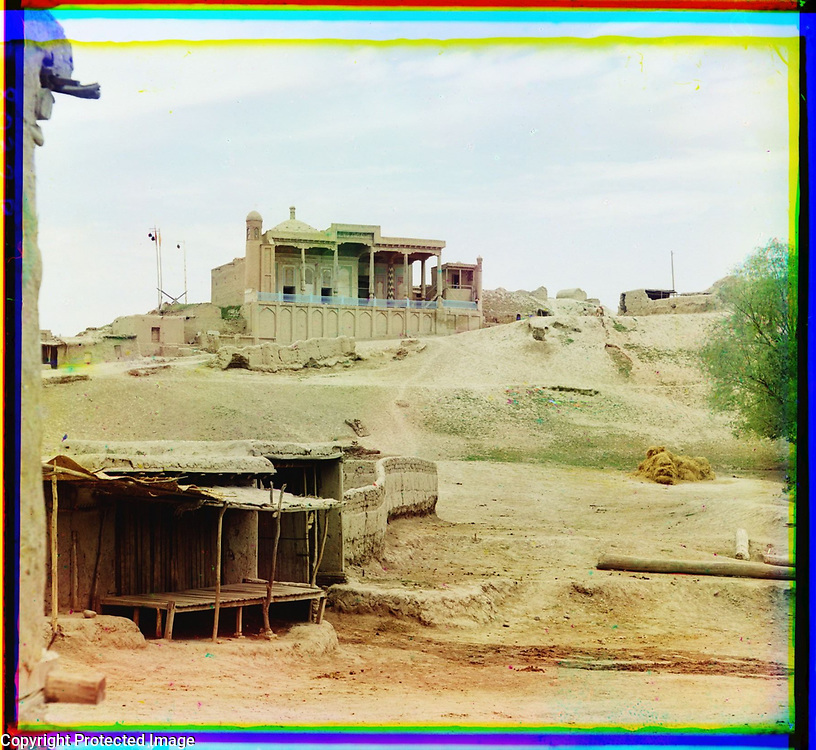