1981
Not so well known as the northern Silk Route were the busy water lanes carrying goods arriving in India by the 1st century BCE from the northern and eastern coasts of Africa. These sea routes had been discovered by a Greek sailor named Hippleus sometime in the 1st century BCE who noticed that ships could take advantage of the seasonal monsoon winds blowing southwesterly in summer and northwesterly in winter. The ports in India at the mouth of the Indus River were filled with gems, sandalwood, ivories and fine silks, but it was black pepper from Malabar in south India that was most valued. In exchange, merchants in the busy Egyptian port of Alexandria sent wine, olive oil, pearls, gold coins, metal work, glassware, and sundry luxuries which were loaded onto camels for their journey to Begram.
Photo: Louis Dupree from G. Dales Smithsonian Mag. vol. 8. No.4, 1977. 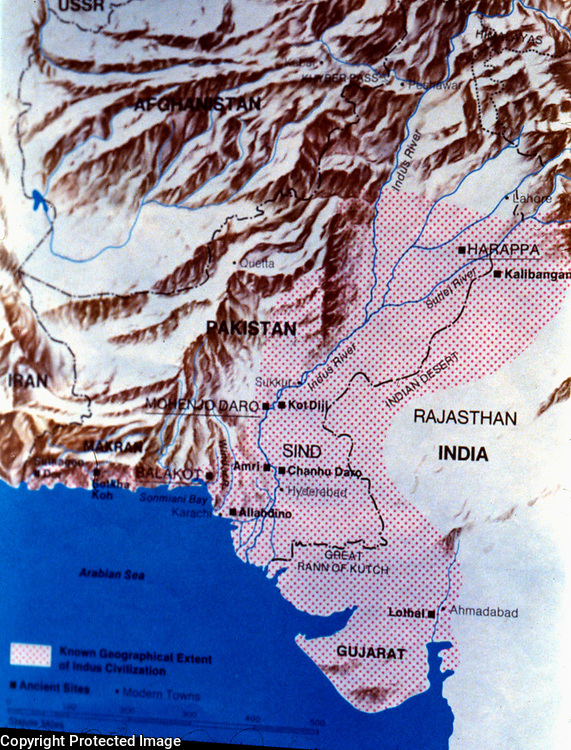