11 July 2016
The Tapa or King's Gardens, about half a mile below the Central Square, took the place of Bagh-i-Umomi and by the 1970s it was the popular picnic spot in Paghman. Larger and less formal it also had terraced lawns, flower beds and a large fountain. A great attraction was the splendid view of Qargha Lake and Kabul from arcades on the lower terrace. A swimming pool fronted King Zahir's modest Paghman palace which was opened to the public in the 1970s. In March 2013 or was it 2014 Afghanistan was chosen to host grand Nawroz festivities for the region. The road to Paghman was paved and a colossal edifice with a truly imposing entrance facade was built in the Tapa Gardens.
Photo: Hashmatullah Ahmadi 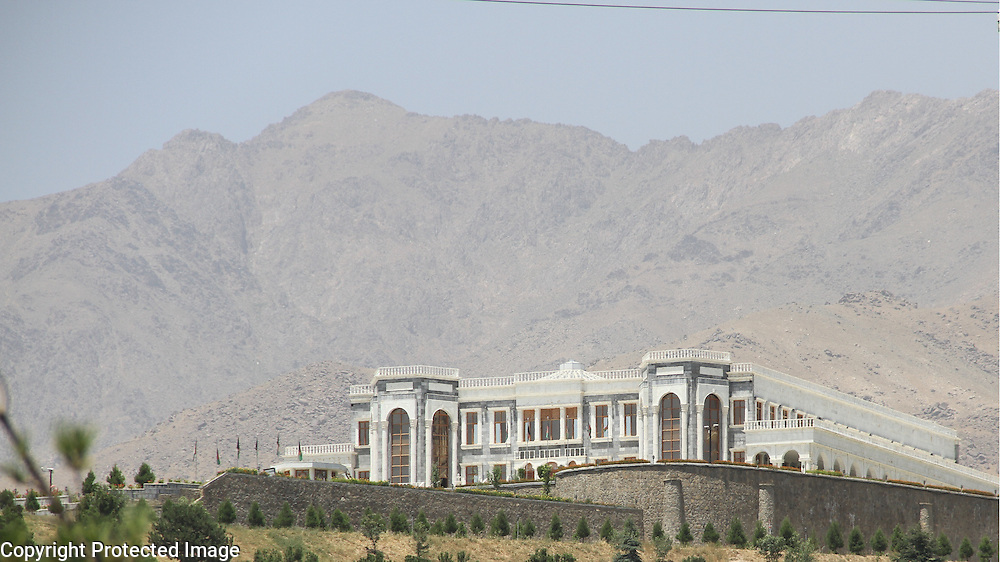